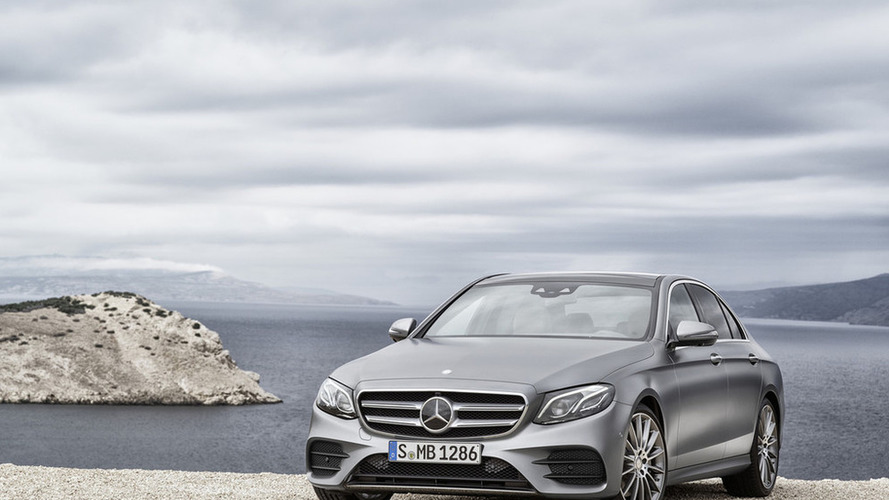 While we are waiting for the 2016 Detroit Auto Show and the debut of the next generation Mercedes-Benz E Class, we already have a massive leak of official photos to share.

While we are waiting for the 2016 Detroit Auto Show and the debut of the next generation Mercedes-Benz E Class, we already have a massive leak of official photos to share.

Following months of spy photos, speculative renderings, and teasers, we finally have the first complete look at the exterior design of the 2016 E Class thanks to official images, leaked by the German Auto-Presse team. It’s hard to say there are any surprises, as basically the model looks like a smaller S Class (or a bigger C Class).

The front end is dominated by a massive radiator grille, surrounded by a set of sweptback headlights. Two large air intakes are integrated in the front bumper, which also has a stylish lip-spoiler at the bottom.

At the back keen-eyed observers will notice a chrome bar between the sleek LED taillights, and dual exhaust system.

Our German colleagues are also reporting the executive sedan is 193.8-inches long and has a noticeably low drag-coefficient of 0.23. At launch the 2016 E Class will be offered with a newly developed 2.0-liter diesel unit, pushing out 195 horsepower. This engine will be installed in the 220d version, which will return 60.3 miles per gallon (3.9 liters per 100 km) on average. Also available will be a 2.0-liter turbo petrol motor for the E200 model with yet undisclosed technical details.

Later on these will be joined by the E350e plug-in hybrid that will combine a 2.0 turbo with an electric motor for a total output of 279 hp. Two new diesel engines with 150 hp and 258 hp will also be introduced, while the petrol range will also consists of engines with power ranging from 183 hp to 333 hp.