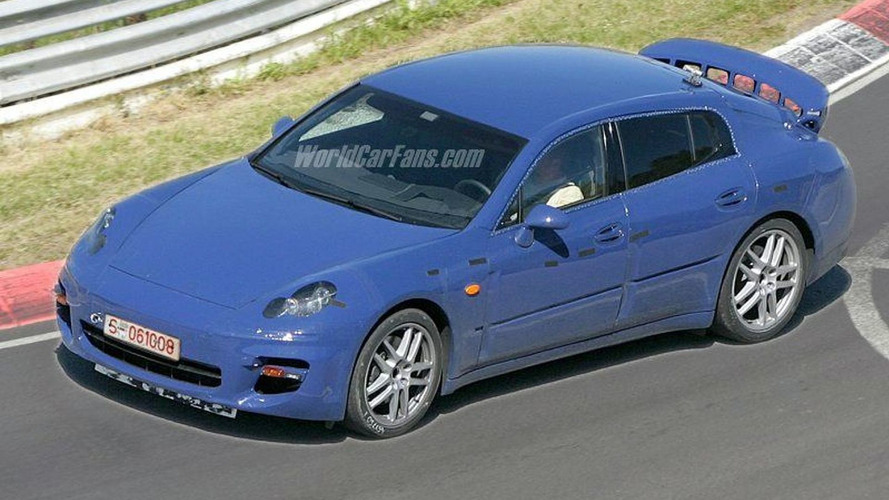 Porsche boss Wendelin Wiedeking recently announced it in an interview with the German motoring magazine Auto, Motor & Sport, and here is the proof: Porsche’s new four-door coupé – dubbed Panamera, which has begun its testing marathon at the challenging Nürburgring this week, and we have the first pictures that shows the real car in full action.

Scheduled for an official presentation at the 2009 Geneva show, the fourth range from Porsche is developed to be a strong competitor to the Mercedes CLS and the future Aston Martin Rapide and Volkswagen four-door coupé.

Though the Panamera takes over design elements from the 911 range, there will be significant differences too. While the first has always kept its rear-mounted boxer engine, the newcomer will do with a choice of three front-mounted motors, though set back to the centre of the car as much as possible.

The entry-level unit will be Volkswagen’s 3.5-litre six-cylinder unit developing 300 bhp, while Porsche’s own drivetrain will be a direct-injection eight-cylinder petrol engine, available in naturally-aspirated guise (350 bhp) and with twin-turbo (560 bhp). That should be enough to beat out the competition for a while: Mercedes’ CLS 63 AMG comes up with “only” 514 bhp. However, should Stuttgart make the CLS even stronger, Zuffenhausen would strike back with the Porsche GT’s 700-bhp ten-cylinder unit ...

The target for the Panamera is to be a true sportscar while at the same time it shall be a family-car for every-day use with four full seats, easy access to the rear and a luggage compartment of around 450 litres.