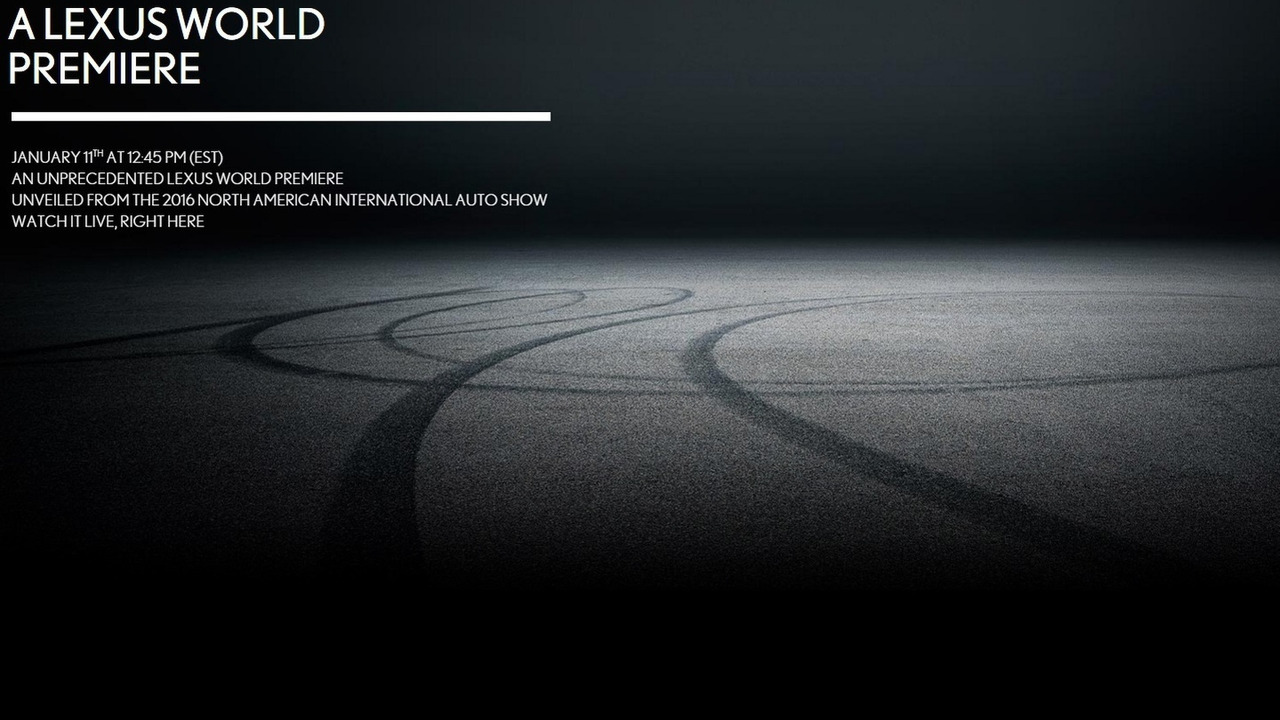 Lexus has released a teaser image for a car that will be revealed in Detroit, but the image doesn’t actually reveal the model’s identity.

Lexus has released a teaser image for a car that will be revealed in Detroit at the North American International Auto Show, but the image doesn’t actually reveal the model’s identity.

Tucked away in the “Future” section of the company’s website, the image announces the imminent arrival of a new model bound to show up next week at NAIAS. The skid marks on the road indicate we are dealing with a performance model and most likely the car in question is the rumored LC. This will basically be a production variant of the LF-LC concept and is expected to be offered in LC 500 and LC 500h flavors.

The LC 500 is said to utilize the familiar naturally aspirated 5.0-liter V8 engine taken from the RC F where it has 467 horsepower and 389 pound-feet of torque. The LC 500h will reportedly have a new 3.5-liter V6 and an electric motor enabling a combined output of more than 470 hp.

If that’s not enough, Lexus has plans to launch a LC F around 2018 with a new 4.0-liter V8 equipped with two electric turbochargers boosting output to 604 hp or so. However, this is only a rumor at this point, so we'd better wait for a proper announcement concerning a potential flagship version.

We will find out for sure what Lexus is cooking up on January 11 during the first preview day of the 2016 Detroit Auto Show.