It's technically listed as an option, but the cost is added to the MSRP and it can't be removed.

Shoppers who checked out a new Buick or GMC vehicle this summer were likely left scratching their heads looking at the window sticker. Since June 2, both General Motors brands have been selling vehicles with an optional OnStar package as standard equipment with no, uh, option to remove it, according to the Detroit Free Press. This forces buyers to pay $1,500 for three years of service whether they want it or not.

The non-optional option is GM’s OnStar and Connected Services Premium Plan, which offers features like WiFi hotspot, automatic crash response, vehicle diagnostics, and more. GM is sticking the package under the “options & pricing” portion of the Monroney, which is confusing.

The automaker told the newspaper that it decided to make the option standard equipment because the connectivity “is more convenient for our customers and provides a more seamless onboarding experience.”

Buick and GMC aren’t the only brands affected by this. The Freep also reported that GM made the feature standard equipment on the Cadillac Escalade on July 18, and Chevrolet might be next as the brand finalizes its OnStar plans. While customers might not have the choice to pay for the OnStar package, they will have the choice at the end of the three-year service period to renew the subscription.

GM OnStar spokeswoman Kelly Cusinato told the Free Press that the standard optional OnStar package is like “an upgraded powertrain, or upgraded interior materials, or upgraded infotainment system.” However, that implies that there is a non-upgraded option. Otherwise, it’s not an upgrade, and it’s more like an added feature that customers might not want but have to buy.

Subscriptions and digital services have become a major focus for automakers. BMW believes there is money to be made putting certain features behind a monthly subscription paywall, like heated seats. Still, while not every automaker plans to be that extreme, almost all are wondering how much they can’t make from such services.

BMW faced significant backlash for its heated seat subscription, but that’s not discouraging it from moving ahead. Ford, Stellantis, and GM are all interested in digital services, but it’ll ultimately be up to customers to decide how many subscriptions are too many subscriptions for their pocketbook. 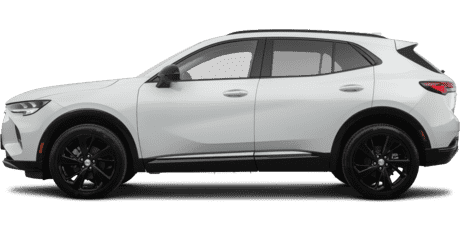 save over $3,400 on average off MSRP* on a new Buick Envision