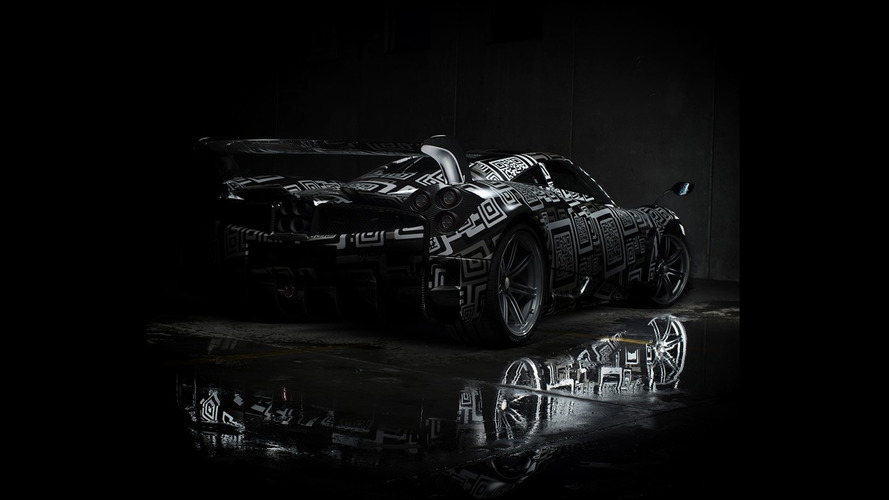 Pagani has released a teaser image showing a camouflaged prototype of its upcoming hardcore Huayra.

Pagani has released a teaser image showing a camouflaged prototype of its upcoming hardcore Huayra.

The pic was posted on Facebook with the hashtag “huayrabc” indicating the new model will bear the name Huayra BC. Chances are “BC” stands for something, but we don’t know at this point the meaning of those two letters. We will likely find out in the weeks to come as the model will probably make its official debut at the Geneva Motor Show in early March.

Spotted testing several times, the beefier Huayra will allegedly be limited to only 20 units and each will cost around $2.7 million. From what we can see, the car will come with a more aerodynamic body kit that will make it look more aggressive and will include a prominent wing and a beefy rear diffuser.

A more extensive use of carbon fiber will likely put the Huayra on a diet, so the supercar is going to shed some weight compared to the regular model that tips the scales at 3,064 lbs (1,390 kg).

More power corroborated with less weight will make the Huayra even faster than it already is, so we are very anxious to see the end result.