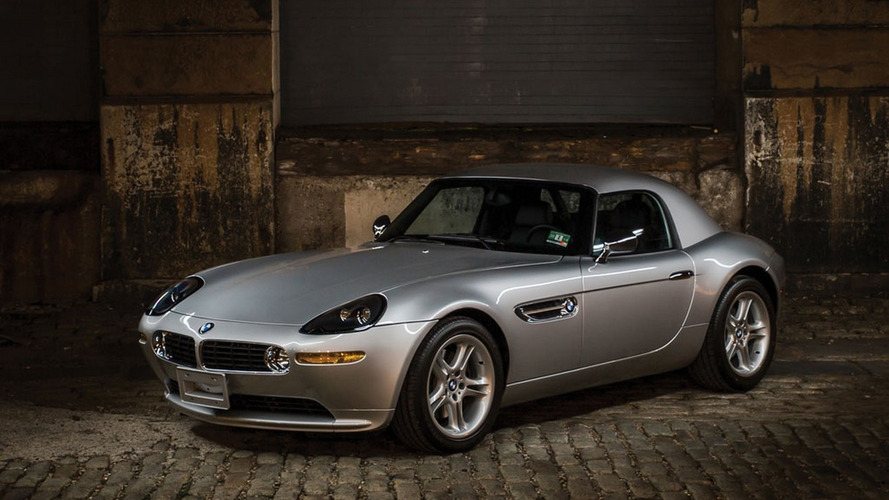 RM Sotheby’s will sell this 2002 BMW Z8 at an auction set to be organized next month in Phoenix, Arizona.

RM Sotheby’s will sell this 2002 BMW Z8 at an auction set to be organized next month in Phoenix, Arizona.

Driven for only 550 miles (885 kilometers), it’s no wonder this Z8 is in exceptional condition and will likely fetch more than double of its $128,000 original starting price. Fans of the 007 franchise will remember Pierce Brosnan drove a Z8 in The World Is Not Enough (1999) and those with a keen memory know the Z8 is actually a follow-up to the 1997 Z07 concept.

Featuring a timeless and elegant design, the BMW Z8 is considered as being a spiritual successor of the classic 507. Its heart and soul is an M5-derived 400-hp 4.9-liter V8 engine hiding underneath an aluminum hood. The same metal was used for the roadster’s chassis to keep the weight down and maintain rigidity.

It features a removable hardtop and comes fitted with a six-speed Getrag manual transmission grabbed from the M5 of those days. Prospective buyers should know the car has the original window sticker and books.

The BMW Z8 was a relatively limited edition model as only 5,703 units were built, with just 2,543 for the U.S. market. Alpina also made 555 units that came with a 4.6-liter V8 engine that had less horsepower, but more torque. The motor was teamed up exclusively to a five-speed automatic transmission to make it a more relaxing cruiser. It was Alpina’s first model ever to be sold at a BMW dealership in the United States.

This particular 2002 BMW Z8 is going to be auctioned without reserve on January 28-29 in Phoenix, Arizona.