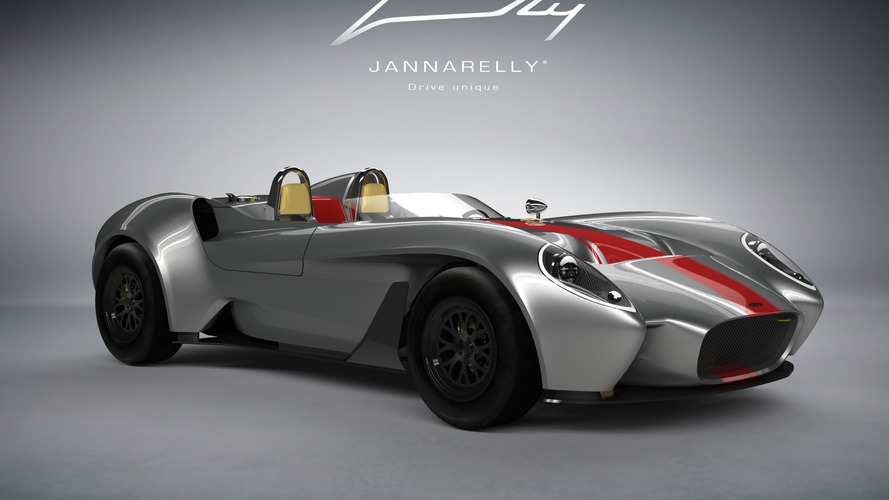 There’s a new sports car brand on the horizon and it will be launched in February 2016 in Dubai.

There’s a new sports car brand on the horizon and it will be launched in February 2016 in Dubai.

Sounds like we’ve heard similar statements a hundred times but things here could be a bit more serious as the minds behind the project are already successful in the automotive industry. The so-called Jannarelly marque is an idea of Anthony Jannarelley, the lead designer behind the W Motors Lykan HyperSport and Fenyr SuperSport, and Frederic Juillot, owner of carbon fiber parts producer Equation Composite.

The new brand, centered on “automotive emotions”, will be all about “self-expression and creativity” and its whole purpose will be to “allow a great freedom in self-customization and pure performance.”

The duo is now announcing its first joint project, wearing the Design-1 name. It’s taking the shape of a retro-styled roadster, inspired by the roadsters of the 1950s and 60s and the “universe of Petrolicious, Jay Leno's garage and Magnus Walker.”

The 2-seater vehicle will feature a steel tubular frame, and structural aluminium panels for the chassis and will be powered by a mid-rear V6 DOHC 24-valve engine. Most of the body will be made out of fiberglass and carbon fiber, as the classic design and the modern materials blend into a “car with a soul”, as Anthony Jannarelley explained.

The two specialists are currently putting the finishing touches to the first prototype that will be ready in early February and will be showcased in Dubai. If everything goes as planned, the vehicle will also be distributed to Europe and US.