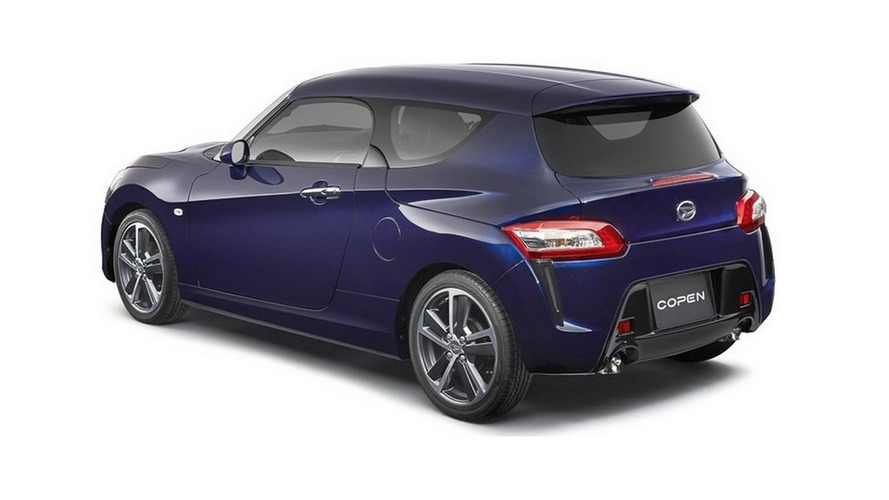 Daihatsu is providing a sneak preview of its two new Copen-based concepts due to be showcased at the upcoming 2016 Tokyo Auto Salon.

Daihatsu is providing a sneak preview of its two new Copen-based concepts due to be showcased at the upcoming 2016 Tokyo Auto Salon.

First up, the Robe Shooting Brake is a rather interesting take on the cute little car and proposes a more practical body style with an interesting design that has a lot of potential to hit the assembly line. It’s too early to tell whether this will actually happen, but it would be a shame if it didn’t as we find this very desirable.

As for the Cerro Coupe, this is a sleeker take on the Copen and kind of reminds us of the Mini Coupe. It’s the same story as with the Shooting Brake since we don’t know whether Daihatsu actually has plans to produce the coupe or it’s just a design exercise.

Besides these two, Daihatsu has prepared a third Copen-based concept that goes by the name of “Adventure.” There’s only a sketch right now which shows plastic body cladding on the wheel arches and aluminum underbody protection at the front. It also has bespoke alloy wheels and significantly increased ground clearance to further enhance the concept’s rugged appearance.

We will know more about these three concepts in the days to come as Daihatsu will bring the vehicles to the 2016 Tokyo Auto Salon which opens its doors on January 15.