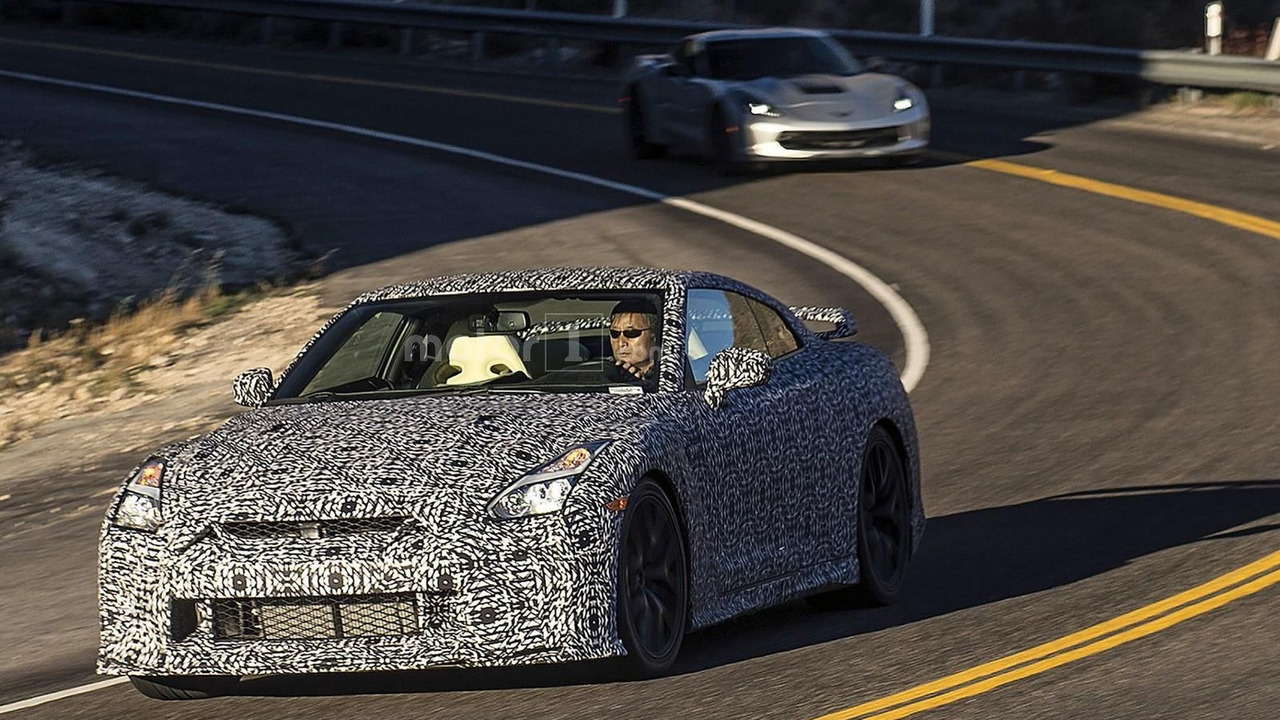 The 2017 Nissan GT-R has been spied undergoing testing in California.

The 2017 Nissan GT-R has been spied undergoing testing in California.

Looking instantly recognizable, the updated model largely carries over but there could be some minor modifications hiding underneath the camouflage.  Nothing really jumps out and screams different but there does appear to be new taillights.

Little else is known about the model at this point but Nissan GT-R program manager Hiroshi Tamura recently said he wants to improve the car's handling, ride quality and noise, vibration, and harshness (NVH) levels.  This suggests the model could be equipped with a retuned suspension, a revised steering system, and additional sound deadening material.

Tamura also noted his desire to move the GT-R upmaket so it will become "not just fancy, but real premium."  What this implies remains unclear but Tamura said the GT-R Egoist Edition is a good example of what we can expect. That particular model was introduced in 2010 and featured premium leather upholstery, a "Wajima Maki-e" steering wheel emblem, and a Bose sound system that was "exclusively tuned according to the driving position of each driver."

The car's biturbo 3.8-liter V6 engine will carryover but it remains to be seen if there will be any performance tweaks.  The engine currently develops 545 horsepower in the standard model and 600 hp in the NISMO variant.