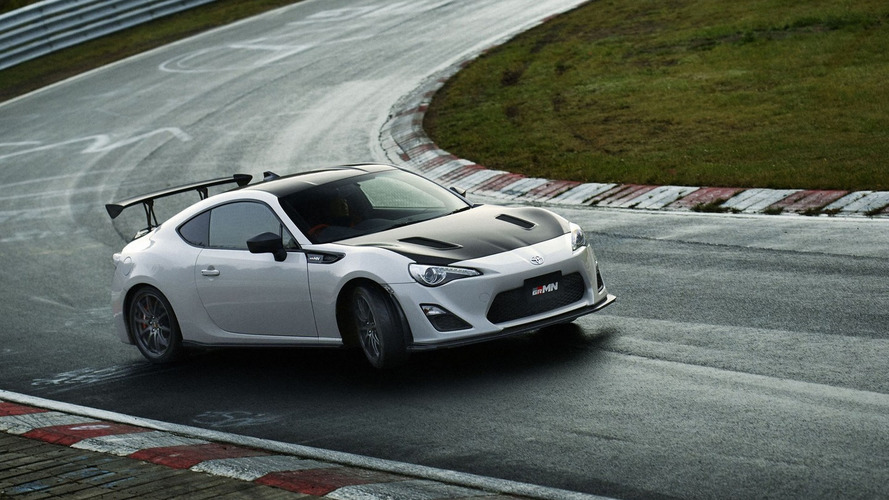 Toyota has announced plans to offer a limited-run 86 GRMN special edition that comes with numerous improvements.

Toyota has announced plans to offer a limited-run 86 GRMN special edition that comes with numerous improvements.

It was at last year’s Tokyo Auto Salon when Gazoo Racing took the wraps off the Toyota GRMN 86 concept and now the car has morphed into a production version. Before you get your hopes up too high, this is a Japan-only model and just 100 examples will ever be made at a starting price of almost $53,800.

The Gazoo Racing Masters of Nürburgring (GRMN) edition is more hardcore than the standard GT 86, but that doesn’t mean it’s now turbocharged. However, the good news is output has been bumped from 200 horsepower and 151 pound-feet of torque to 216 hp and 160 lb-ft sent to the rear wheels via a six-speed closer-ratio manual gearbox. The model also went to the gym and lost 100 lbs (45 kg), but there’s no word just yet regarding performances.

It also comes with a variety of aerodynamic upgrades as the modified body now features a front splitter and a big rear wing. Part of the weight loss was possible by installing a carbon fiber hood and plexiglass windows. In addition, the suspension was retuned and matched with 17-inch wheels featuring fatter rear tires. To handle the added oomph, the 86 GRMN has ventilated discs with six-pot front and four-pot rear calipers.

Toyota will show this special edition next month in Japan during the 2016 Tokyo Auto Salon.