Scion C-HR to debut in production form in Detroit 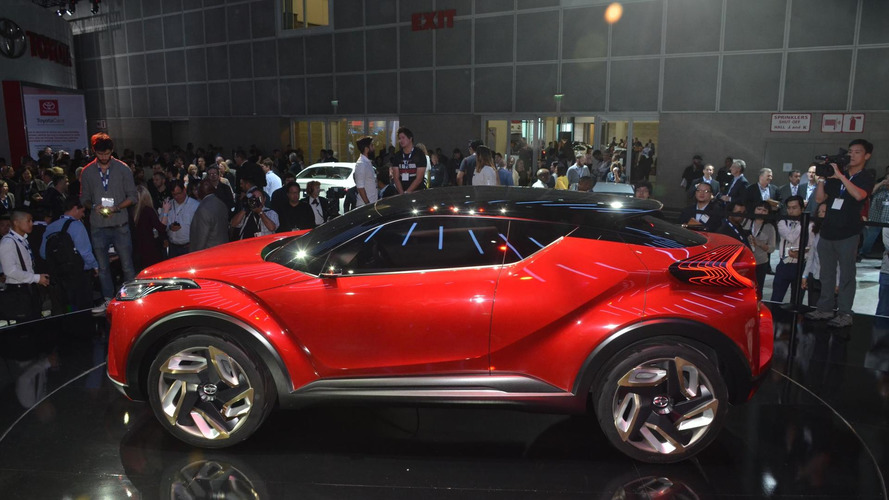 A new report indicates the C-HR concepts will finally morph into a production version set to arrive with the Scion badge next month in Detroit.

A new report indicates the C-HR concepts will finally morph into a production version set to arrive with the Scion badge next month in Detroit.

After two Toyota-badged concepts and the equivalent Scion, the C-HR crossover is just about ready to show its production face and hop onto the growing crossover bandwagon. It will happen several weeks from now at NAIAS in Detroit and will be offered with a hybrid arrangement and also with a turbocharged gasoline engine.

The model will ride on the TNGA that has underpinned the latest Prius and in hybrid guise will have a combined 121 horsepower coming from a 1.8-liter and an electric motor. It will be about 14 hp weaker than the Prius and will send the power to the road through a continuously variable transmission. If you would rather have the regular model, it will allegedly come with a turbocharged 1.2-liter, 3-cylinder motor from the JDM-spec Auris where it’s rated at 114 hp and 136 pound-feet of torque.

Chances are that Toyota will try and please everyone by offering the C-HR with a standard FWD layout and an optional AWD system.

This US version of the C-HR will be sold as a Scion, but other markets will get the crossover with the Toyota badge. The Japanese brand has already confirmed plans to show its version of the production-ready C-HR at the Geneva Motor Show in March. Sales will likely commence in the second half of the year and the model will compete with the Honda HR-V and the Nissan Juke.

Gallery: Scion C-HR to debut in production form in Detroit