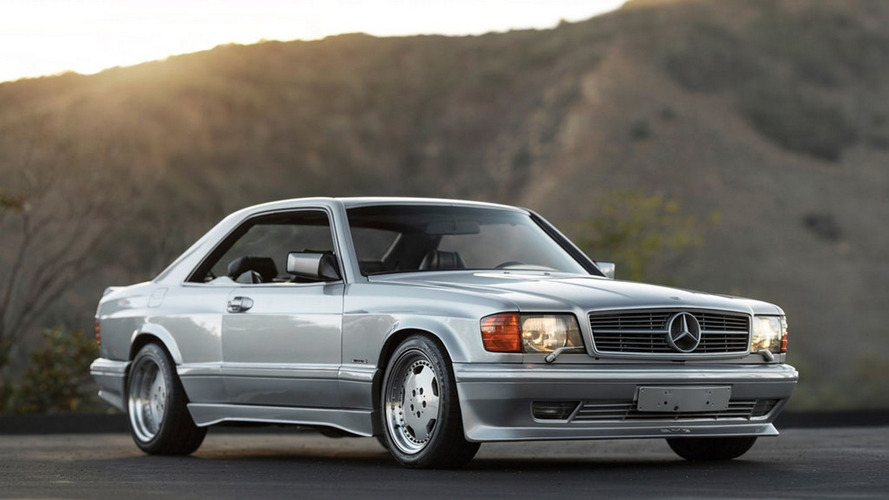 An AMG-tuned Mercedes 560 SEC Wide Body from 1989 is going to be auctioned next month in Phoenix, Arizona by RM Sotheby’s.

An AMG-tuned Mercedes 560 SEC Wide Body from 1989 is going to be auctioned next month in Phoenix, Arizona by RM Sotheby’s.

It comes from a time when Mercedes didn’t actually have a formal partnership with AMG, but the engineers from Affalterbach did tweak some of the three-pointed star models from time to time. One of those cars is the lovely 560 SEC and this particular example built in 1989 will soon be up for grabs. It’s actually one of the six cars destined for the Japanese market and it has been in a collection since new.

We are dealing with the 28th car assembled that has covered 56,061 miles (90,222 km) and remains in a very good condition both inside and out. The original owner ordered the vehicle with a silver exterior finish and a black leather cabin with matching black carpeting. More importantly, the car was recently serviced, so it should be in top notch mechanical condition.

Less than 50 cars were actually made, even though AMG originally planned to do a minimum of 100 units. It was launched with a rather exorbitant starting price of around $200,000, so adjusted to today’s money would make it just as expensive as a proper supercar.

A standard 560 SEC had 296 horsepower thanks to its 5.6-liter V8 engine, but AMG bumped displacement to 6.0 liters for this version that packs a mighty punch of 385 hp. Aside from working on the engine, AMG also tweaked the suspension, upgraded the brakes, and made some changes to the body and interior.

This exquisite 1989 Mercedes 560 SEC 6.0 AMG Wide Body will be auctioned (without reserve) by RM Sotheby’s on January 28-29 in Phoenix, Arizona.