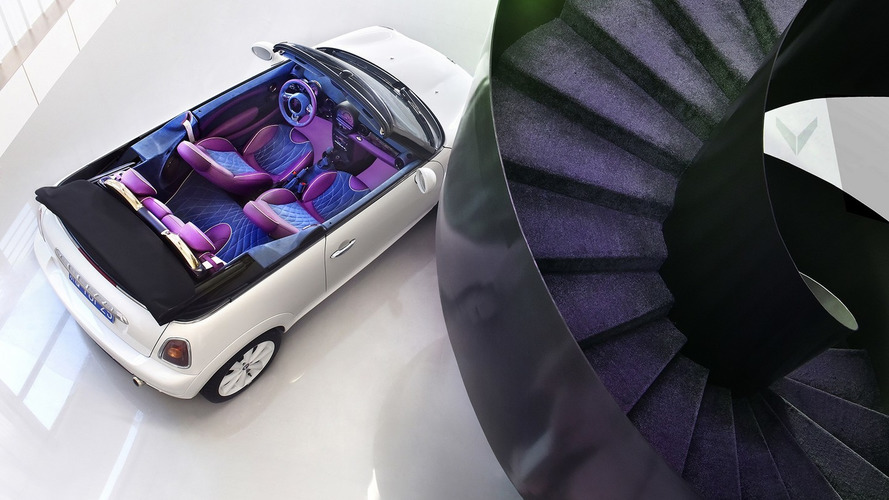 Vilner’s newly established studio in China has revealed a rather extravagant 2010 Mini One Cabrio that belongs to a young actress named Tyan Lynn.

Vilner’s newly established studio in China has revealed a rather extravagant 2010 Mini One Cabrio that belongs to a young actress named Tyan Lynn.

It’s being characterized as “the most eccentric Mini in the universe” after Vilner used a combination of colors to create a car that clearly stands out from the crowd due to its bold appearance. Work started on the outside where Vilner installed white wheels and applied a blue finish on the front wheel arches whereas the rear ones continue to be body-colored.

Most of the work is noticeable in the heavily customized interior cabin which uses a mixture of leather and Alcantara. Purple and blue were combined to enable a special look that is accentuated by the gold accents on the gearshift lever and roll bar. Vilner used white for the seatbelts and the stitching applied onto the seats and on the bespoke floor mats.

Tyan Lynn wanted all the cutting and engraving to be done by hand and Vilner also applied around 25 layers of coating and lacquer on the plastic elements of the dashboard. Some of the buttons and knobs now come with a flowing paint effect to round off the changes and further personalize this unique Mini One Cabrio.