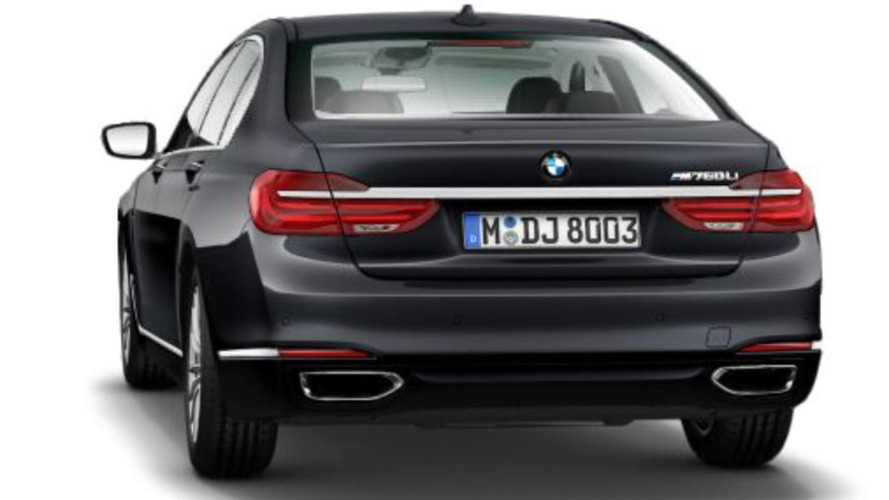 It seems previous rumors about a V12-powered BMW 7-Series were correct, as first images of the M760Li have leaked online

It seems previous rumors about a V12-powered BMW 7 Series were correct, as first images of the 2016 M760Li have leaked online.

The attached picture appeared for a while on a German 7 Series online configurator and our friends at BimmerToday.de were fast enough to grab it before being pulled down. It doesn’t reveal much, but it’s easy to notice the M760Li lettering on the right corner of the boot lid. Expect to see the M Sport Packages as standard, along with some accents in Ferric Grey.

From what we know so far, the high-performance sedan will get a Rolls-Royce-sourced 6.6-liter V12 engine that will be tuned to deliver more than 600 horsepower (441 kilowatts). A second less powerful variant is also said to be in the cards, featuring the same motor and wearing the 760i / 760Li moniker.

As one would expect, both models will get an 8-speed automatic gearbox, while it’s still not clear whether they will be rear-wheel driven or will feature an xDrive AWD system.

Check out the source link below for more leaked images of the BMW M760Li.