Lamborghini promises Urus will be fastest, most powerful SUV ever 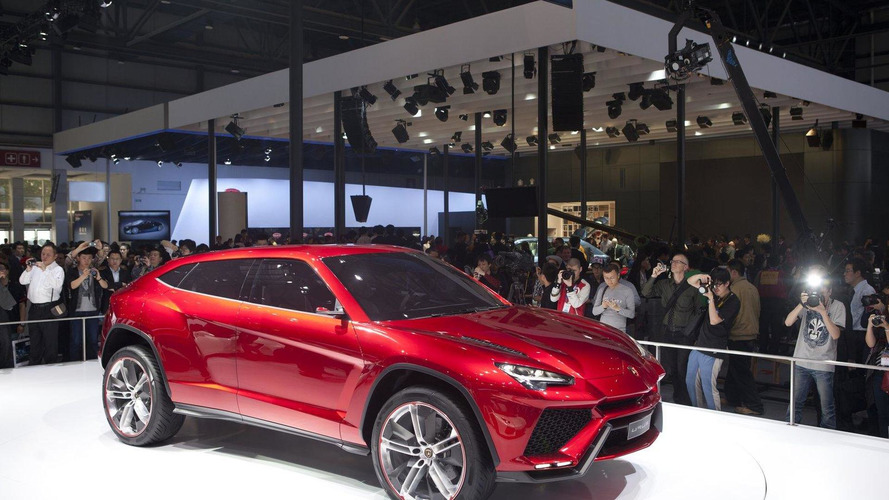 Lamborghini through the voice of R&D boss, Maurizio Reggiani, has revealed additional details about the Urus due in 2018.

Lamborghini through the voice of R&D boss, Maurizio Reggiani, has revealed additional details about the Urus due in 2018.

The current top dogs in the performance SUV genre are the Bentley Bentayga and Porsche Cayenne Turbo S with a 0-62 miles per hour (0-100 kilometers per hour) run in 4.1 seconds. However, the two will be dethroned in a couple of years as Lamborghini has set its sights on making the Urus a sub-4-second SUV. This is the promise made by the man in charge of development who went on to specify the model won’t have any rivals as it will singlehandedly inaugurate a new segment.

In order to achieve this bold objective, the Urus will be lighter than the Bentayga and Cayenne, but it’s unclear at this point how Lamborghini will be able to shave off weight. A solid possibility is to implement carbon fiber in the aluminum-intensive architecture borrowed from the second-generation Audi Q7. Although there’s no word about an exact weight figure, it will likely be substantially lower than the Bentayga’s 5,340 pounds (2,422 kilograms) and the Cayenne’s 4,927 lbs (2,235 kg).

As for power, we already know it will use Audi’s twin-turbo 4.0-liter V8 engine, but Maurizio Reggiani said it will be tuned specifically for the Urus and will also have a different exhaust note to make it worthy for Lamborghini. He didn’t provide an exact power figure, but the R&D boss did say it will have more than the 600 horespower (447 kilowatts) and 664 foot-pounds (900 newton meters) offered by the Bentayga.

The production-ready Urus is expected to show up in Geneva in 2018 and will remain very faithful to the 2012 Urus concept. However, company boss, Stephan Winkelmann, has revealed the vehicle will provide more interior space than the concept, so some changes to the car’s shape and proportions are planned.

Initially, the model will be V8-only, but Reggiani suggested a plug-in hybrid version featuring a V6 engine and an electric motor could join the range later during the model’s life cycle.