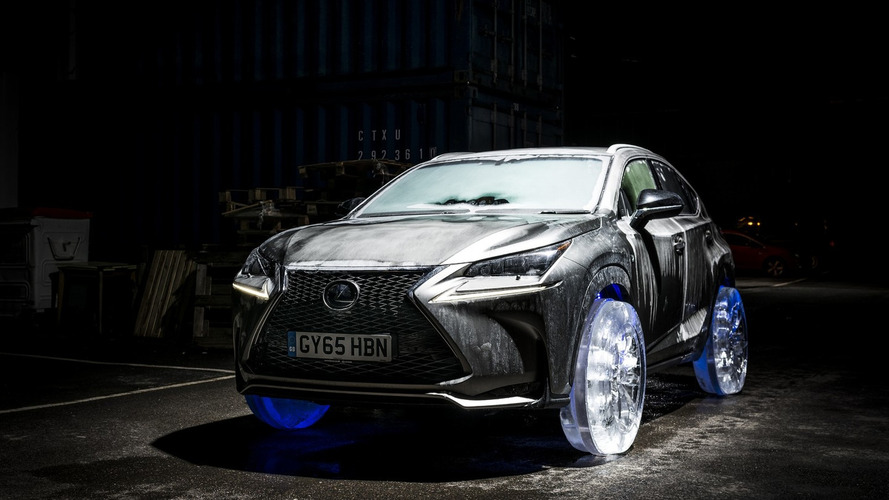 Lexus is at it again. This time the marketing department came up with the idea to put the NX crossover on ice wheels.

Lexus is at it again. This time the marketing department came up with the idea to put the NX crossover on ice wheels.

It was in October when Lexus showed us a full-size (and functional) IS replica made entirely out of origami. Now, Toyota's luxury marque has found another way to demonstrate the high level of craftsmanship that goes into its cars. The model of choice was the NX that was deep-frozen and stored for five days at -22°F (-30°C). Lexus tells us the vehicle started without any problems right away on first try.

Creating the ice wheels and tires required no less than three months of research, design, and testing. These represent the work of Hamilton Ice Sculptors and came to life after the real NX wheels and tires were laser-scanned and replicated using computer design software and numerical control techniques.

The ice used was made from softened water that was taken from a moving flow because it had to be perfectly clear when taken from the freezer. To make sure the wheels would handle the NX’s weight, acrylic inserts were added to boost strength. As a final touch, the wheels now incorporate LED lighting to make the crossover look extra cool in the attached videos.