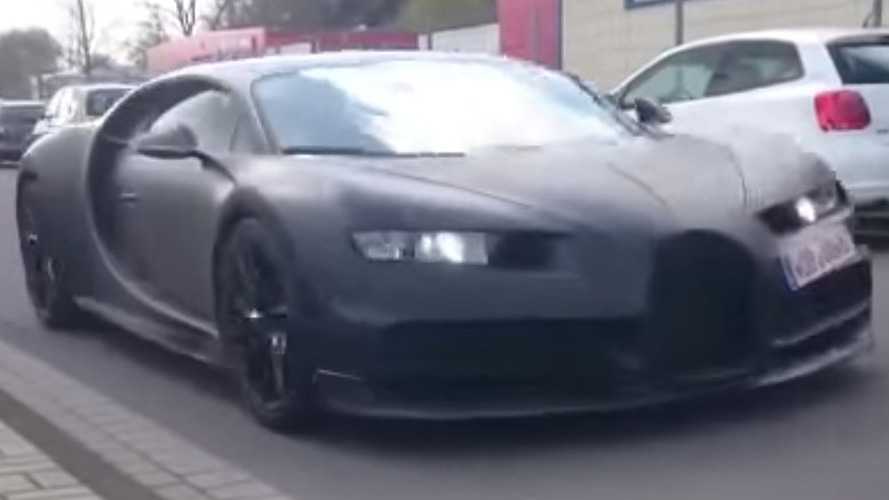 The Bugatti Chiron has been filmed performing tests in a convoy with some other supercars.

The Bugatti Chiron has been filmed performing tests in a convoy with several other supercars.

Yesterday we received the first Christmas gift as Bugatti shared a teaser image of the upcoming Chiron supercar. Now we have another surprise – a spy video, showing two Chiron prototypes, testing alongside a Veyron, a Porsche 918 Spyder, a Lamborghini Huracan, and a BMW i8.

We won’t discuss why the Veyron successor is testing in the company of other supercars, but will focus on what we know about the model so far. It will be more of an evolutionary model, rather than a completely new project, as it will be powered by a retuned version of the quad-turbo 8.0-liter W16 engine. Power will be increased to the impressive mark of 1,500 hp (1,119 kW), while torque will reach 1,107 lb-ft (1,500 Nm) if recent rumors are correct.

The automaker already confirmed we will see the model in Geneva in March 2016, so expect official images and information a couple of weeks earlier. We also know more than 100 pre-orders have already been registered and production will be capped at 500 units.