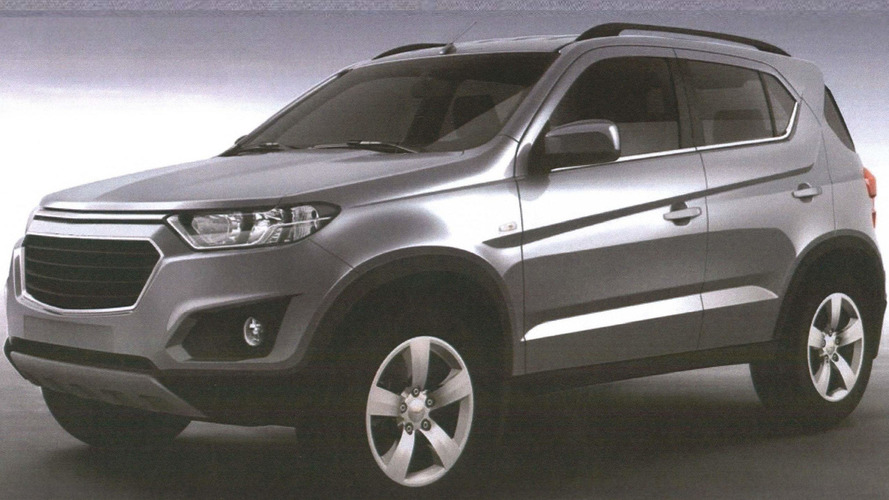 The second generation of the Chevrolet Niva has been fully revealed in leaked patent images.

The second generation of the Chevrolet Niva has been fully revealed in leaked patent images.

It was the summer of 2014 when General Motors unveiled the Niva concept at the Moscow Motor Show, previewing the next-generation model. Now, more than a year later, we have the first fully revealing images, showing the production vehicle. The pictures come from the Russian Federal Institute of Industrial Property.

It’s fair to say the Niva seen here is just a toned down version of the study, as most of the body lines and panels have been carried over. Gone are the black matte paint, roof rack with extra spare wheel, and the additional headlights. Probably the final production model will also lack the special off-road tires of the concept.

There’s still no official information as to what will power the vehicle, but Russian media is suggesting this could be 1.8 or 1.6 petrol unit with power of up to around 120 hp (88 kW).

The Niva study featured a 1.8-liter naturally aspirated petrol unit, generating 122 hp (90 kW). Power was sent to the ground through a 5-speed manual gearbox, a locking differential, and an all-wheel drive system.

An official premiere for the production Niva is expected sometime next year.