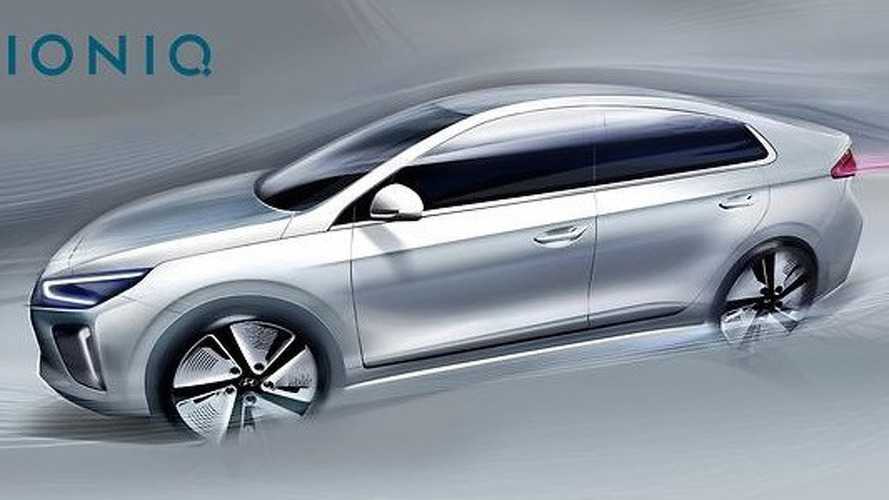 The Hyundai IONIQ has returned in two fresh teaser images, revealing more details ahead of imminent debut in January 2016.

The Hyundai IONIQ has returned in two fresh teaser images, revealing more details ahead of an imminent debut in January 2016.

We can now confirm the hybrid model will have an athletic body with slopping roofline, while the front end will be dominated by the company’s chromed corporate grille. It will be surrounded by sleek headlights with integrated C-shaped LED daytime running lights. Another set of LED daytime running lights will be incorporated within the air intakes of the aggressively styled front bumper.

Moving on to the cabin, the design of the interior appears to be simple, yet high-tech, featuring a fully digital instrument cluster and a second, somewhat undersized, touchscreen display for the infotainment system. The automaker says there is "efficient use of interior space", while "a clear, logical approach" has been applied to the layout of control functions.

We already know the model will be revealed in its homeland in January 2016 with European and North American premieres to follow at the Geneva and New York auto shows, respectively. Sales are expected to start before the end of the year.