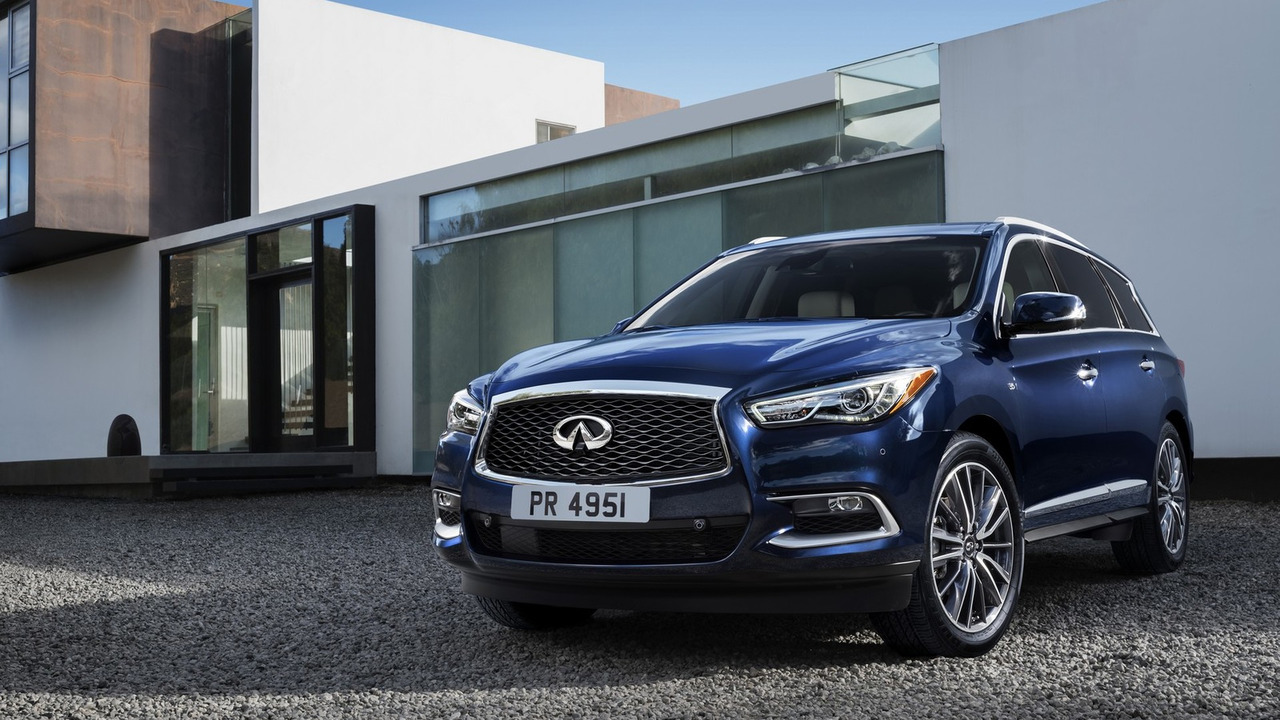 Infiniti has taken the wraps off the 2016 QX60 crossover.

Infiniti has taken the wraps off the 2016 QX60 crossover.

Set to debut at the North American International Auto Show, the facelifted model has a familiar design but adopts a new front fascia with a revised grille that is flanked by bi-xenon headlights with integrated LED daytime running lights.  The crossover also features new LED fog lights, additional chrome trim and a shark fin antenna.

The interior is a study in déjà vu but Infiniti made subtle design tweaks including a new gear knob and the use of additional soft-touch materials.  The crossover also gains an improved tri-zone automatic climate control system and additional USB charging ports.  The cabin is also quieter thanks to the use of acoustic glass.

Crossovers rarely appeal to driving enthusiasts but that hasn't stopped Infiniti from adding new springs and shock absorbers that promise to reduce roll and create a smoother ride.  The 2016 QX60 also has a retuned power steering system that is more responsive and delivers improved feedback.

Last but not least, the crossover can be equipped with several new safety systems including Backup Collision Intervention, Forward Emergency Braking, and Forward Collision Warning.