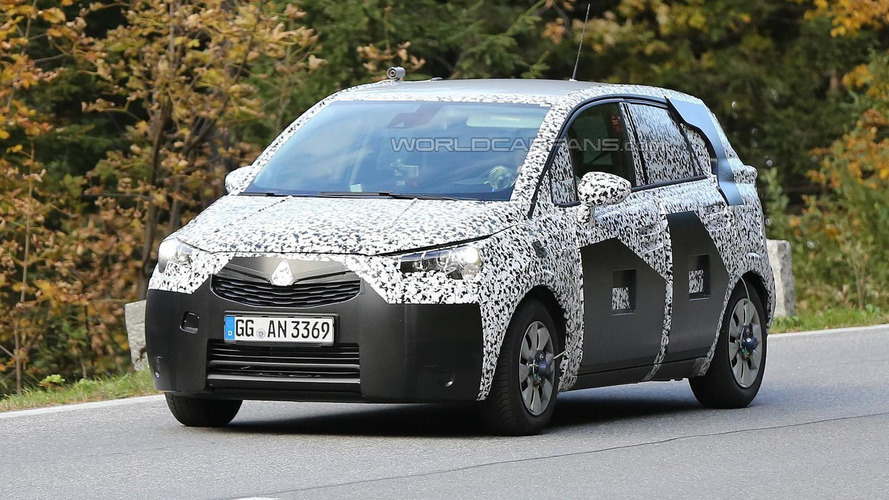 Looking nothing like its predecessor, the redesigned Meriva has crossover-inspired styling that Opel hopes will help increase sales.

The verdict is still out at this point but we can see the model will have a prominent grille, sweptback headlights, and an upright front fascia.  Moving further back, there's door-mounted mirrors, a gently sloping roofline and conventional rear doors.  The model also has a large tailgate with an integrated spoiler.

Our spies couldn't get close enough to capture the interior but the model is significantly larger than its predecessor so customers can look forward to more accommodating cabin with a larger luggage compartment.

Since the Meriva was developed as part of an ill-fated partnership with PSA Peugeot-Citroen, the model will ride on the EMP2 platform that also underpins the Citroen C4 Picasso / Grand C4 Picasso and the Peugeot 308. 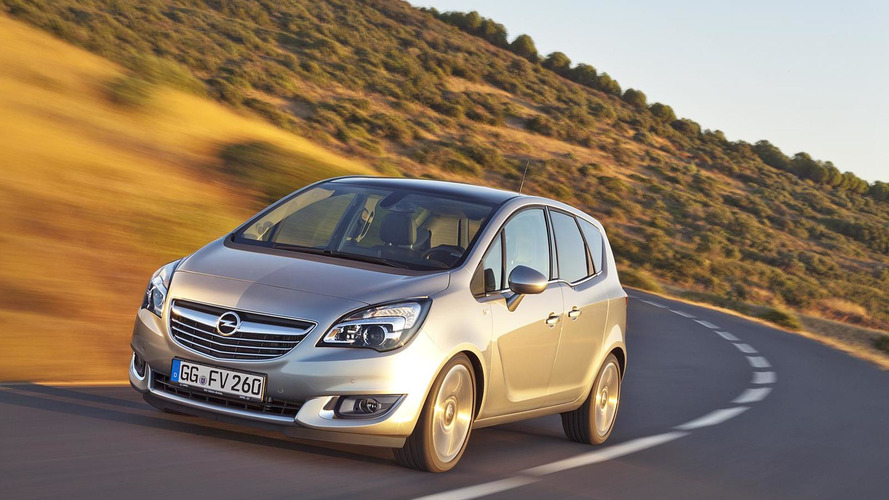