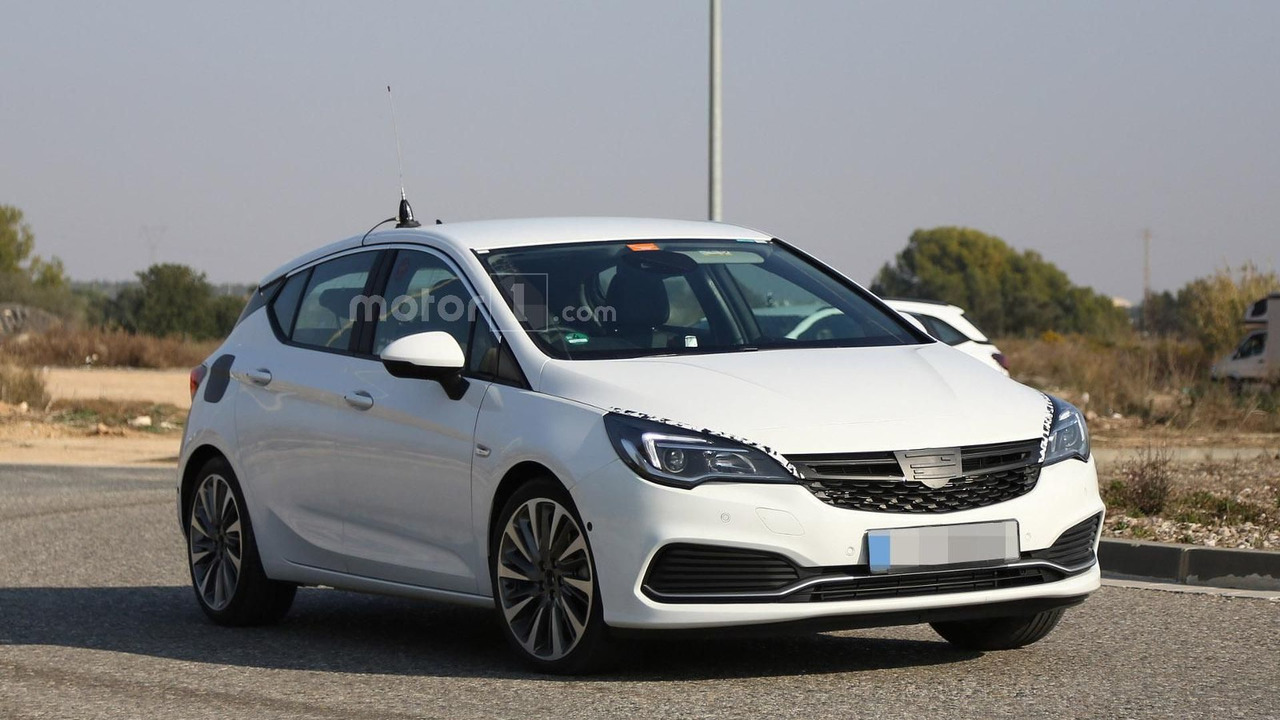 The Opel Astra lineup is continuing to grow as our spy photographers have snapped new photos of what is believed to be the 2016 Astra GSI.

The Opel Astra lineup is continuing to grow as our spy photographers have snapped new photos of what is believed to be the 2016 Astra GSI.

Designed to compete with the Ford Focus ST and the VW Golf GTI, the Astra GSI has a familiar appearance but is distinguished by a sportier front bumper with silver accents.  The model also has a modestly revised grille and a dual exhaust system which hints at something powerful under the hood.

The sporty styling will likely continue in the cabin as the model is expected to have a sport steering wheel, sport seats, and a new gear knob.  We wouldn't be surprised if the car also has unique trim and other sporty accents.

Power will reportedly be provided by a turbocharged 2.0-liter four-cylinder engine that produces approximately 250 hp (186 kW). That number is far from official at this point but the figure would distance the GSI from the standard Astra without stepping on the toes of the upcoming Astra OPC.

The Opel Astra GSI is expected to be introduced next year and speculation suggests it could debut as early as March at the Geneva Motor Show.