We first learned of the all-electric Honda Prologue back in 2021, though we didn't a glimpse of the SUV until May 2022. To the automaker's credit, the first visual teaser was a full-on look at the Prologue in profile view, albeit as a design sketch. Now, we're getting another surprisingly detailed look. And this time, it's not a sketch.

Honda takes us behind the scenes to its design studio in California, where the electric Prologue was created. The four-minute video above describes the process, which included considerable use of virtual reality to collaborate on the Prologue's so-called "neo-rugged" design with Honda colleagues around the world. 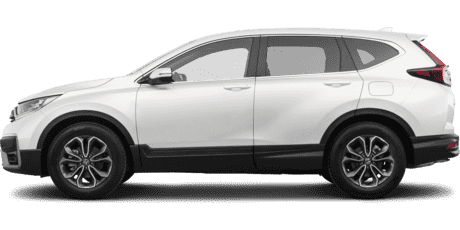 "We were able to see Prologue in digital environments that truly resemble the real world," said Marco Tan, VR and CG designer with Honda Design. "By simulating and evaluating colors, materials, and even lighting in a virtual 3D environment we were able to explore possibilities that took styling to a higher level."

Of particular interest for this teaser is the culmination of that digital effort into a full-size clay mock-up of the SUV. Moreover, the Prologue is shown from nearly all angles, including a few moments where the full profile is visible in the background. It's described as having clean and simple surface lines, and that's what we get. There's a distinct lack of vents, contrasting angles, or skewing body lines that are prevalent on many modern cars. Moreover, its face is quite different from the design language of other Honda SUVs like the Pilot or the new CR-V.

"Designing the first volume Honda electric vehicle gave us more freedom than a vehicle with an internal combustion engine, and we can stretch our imagination, especially in styling the front-end," said Sang-Hyuk Ahn, a four-year exterior designer at Honda. "We envisioned Prologue with a longer wheelbase, shorter overhang, and capable tires to create sporty proportions and a stronger stance."

More On The Honda Prologue:

Will the design cues of the clay model seen here translate directly to the production version? That's an unanswered question, though Honda is pretty clear in calling this a preview of the Prologue's styling. The Ultium-based SUV co-developed with General Motors is slated to go on sale in 2024, though Honda pledges to divulge more details on the SUV in the coming months.

Join the Rambling About Cars podcast crew for more Honda discussion and other cool car content in the video below.