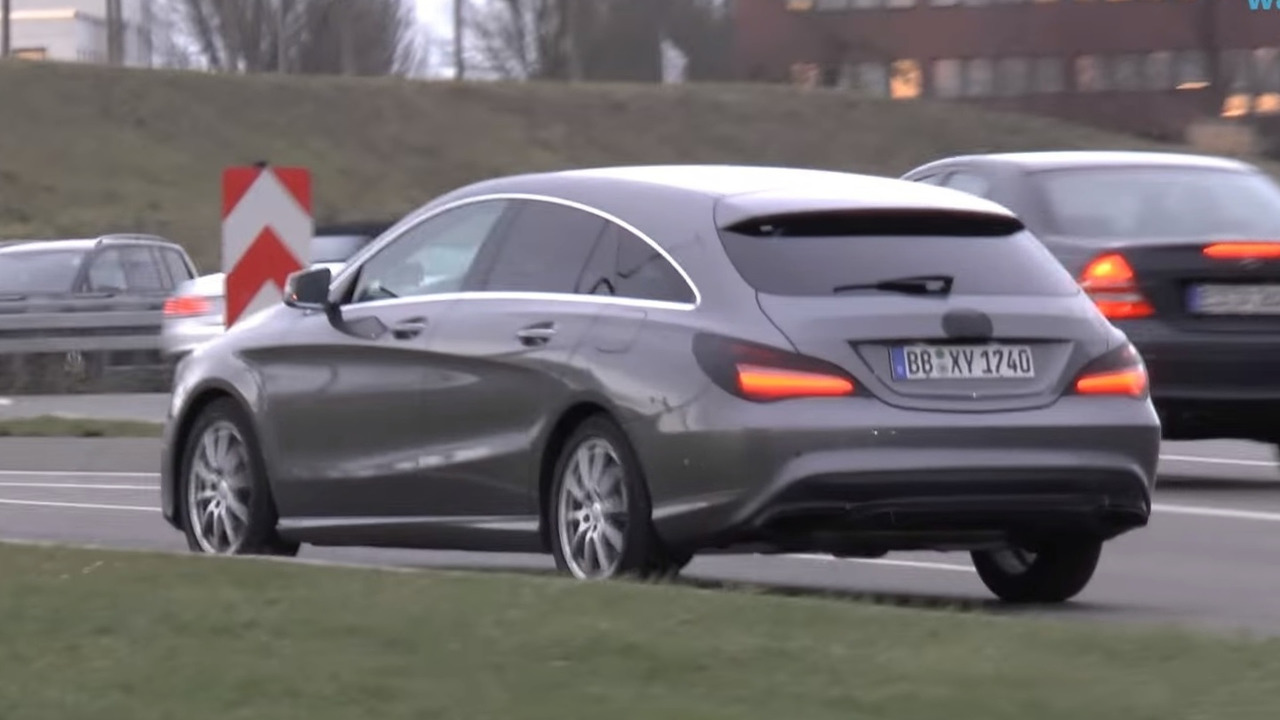 Two new spy videos have emerged onto the web showing the subtle revisions Mercedes is preparing for the CLA and CLA Shooting Brake.

Two new spy videos have emerged onto the web showing the subtle revisions Mercedes is preparing for the CLA and CLA Shooting Brake.

It’s a bit of a stretch to use the word “facelift” for the upcoming updates of the CLA four-door coupe and its wagon sibling as the changes will be extremely subtle. Perhaps the most important modification is the switch from bi-xenon to LED headlights. That is why both prototypes have disguise on the headlights to try and hide the upgraded lighting technology. The cars also have some makeup on the front bumper to mask some minor visual tweaks.

The side profile will be virtually carried over from the current models, while at the back expect to find revised graphics for the LED taillights. That’s about it in terms of exterior changes and these modifications will bring the models in line with the A-Class hatchback that received a minor update several months ago.

From the hatchback, the CLA duo will borrow the updated infotainment system featuring support for Apple CarPlay and Android Auto. In addition, the models will also benefit from a slightly modified instrument cluster and will come with galvanized switches.

Expect to see the two CLAs at the Geneva Motor Show scheduled for March next year. Sales will likely kick off shortly thereafter.