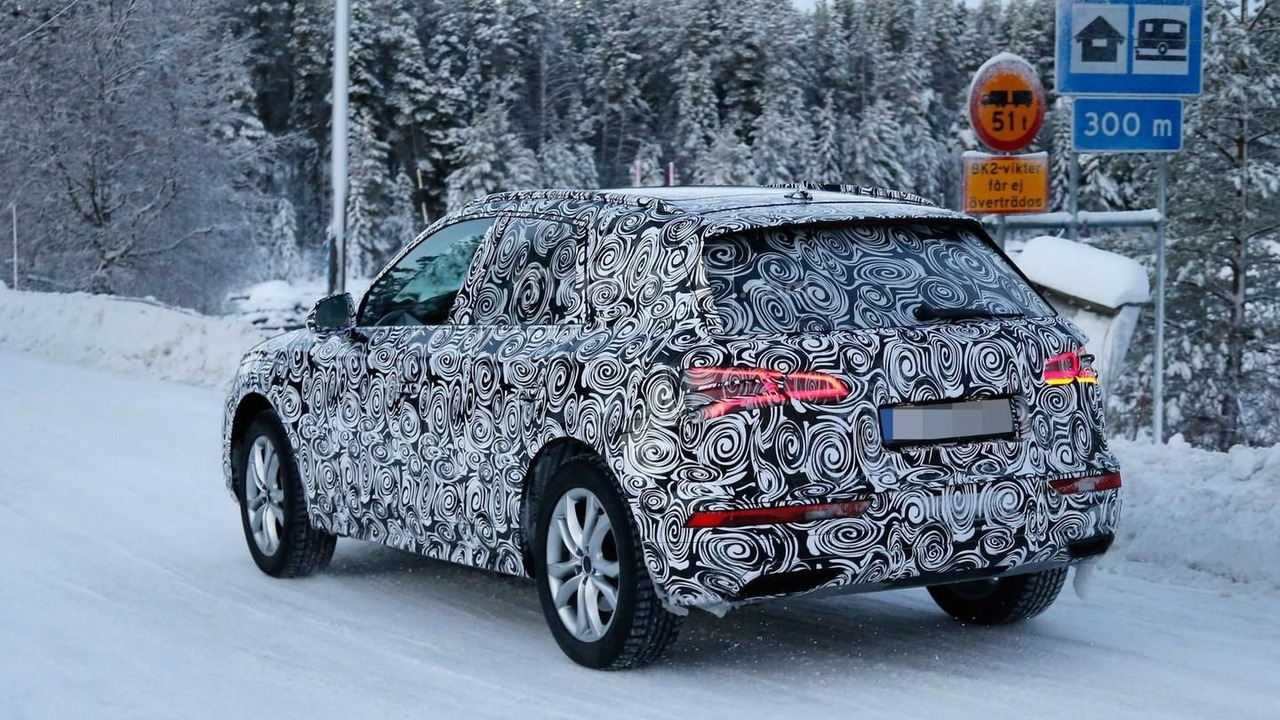 Our spy photographers have sent us a new batch of images with the 2017 Audi Q5 performing testing duties near the Arctic Circle.

Our spy photographers have sent us a new batch of images with the 2017 Audi Q5 performing testing duties near the Arctic Circle.

The full body camouflage applied on this prototype doesn’t actually hide a lot of changes as the second-generation Q5 will bring only subtle styling tweaks. We won’t be too surprised if the new one will look like a downsized Q7, especially at the front fascia with that massive hexagonal front grille.

The back of the car hosts full LED headlights that are more curved compared to those of the Q7 and also have different graphics. There’s a prominent roof-mounted spoiler and you will notice this prototype hosts dual exhaust tips incorporated in the bumper. Overall, the shape of the rear end doesn’t show anything brand new to the Q brand that we haven’t seen before.

As for the underpinnings, it will ride on the MLB Evo platform like the A4 from where it will inherit the engines and gearboxes. The switch to a new architecture is expected to bring a healthy weight loss of around 220 lbs (100 kg) and chances are Audi will sell the new Q5 with a plug-in hybrid arrangement. A hot SQ5 in both diesel and gasoline flavors is likely on the agenda as well.

The model is due to be officially revealed sometime in 2016 and is going to be built in Mexico at the company’s firm in San José Chiapa.