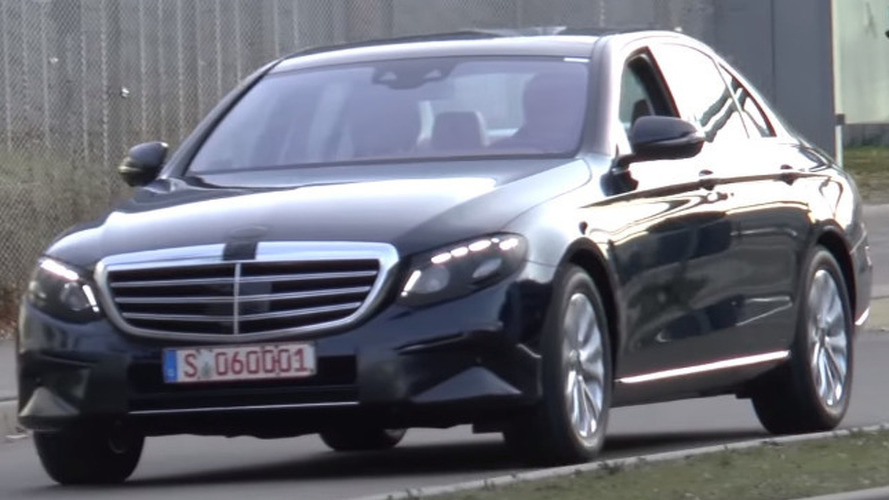 Mercedes-Benz is putting the finishing touches of the new E-Class as a nearly completely uncovered prototype of the model has been filmed testing.

Mercedes-Benz is putting the finishing touches on the new E-Class as a nearly completely uncovered prototype of the model has been filmed testing.

The German manufacturer already let the cat out of the bag yesterday when it accidentally revealed most of the sedan’s exterior design. Today we are bringing one last spy video, showing the model with as little camouflage as possible. We noticed it is only wearing flimsy duct tape, clearly showing its familiar front fascia.

There are no surprises at the back also, as we discover the same overall shape as the S-Class and C-Class. The lower part of the bumper features a chrome diffuser with twin exhaust pipes integrated, while we also expect sleek LED taillights.

We also attached a second spy video that shows the estate version of the E-Class is still in its early phases of development. Filmed is a fully camouflaged prototype, hiding its large trunk that will probably offer a cargo capacity of around 700 liters with the rear seats in place and 2,000 liters when folded down.

We are only a few weeks away from the new E-Class debut that will take place during the 2016 Detroit Auto Show. The estate model is expected to join the lineup several months later, probably showing up in Paris.