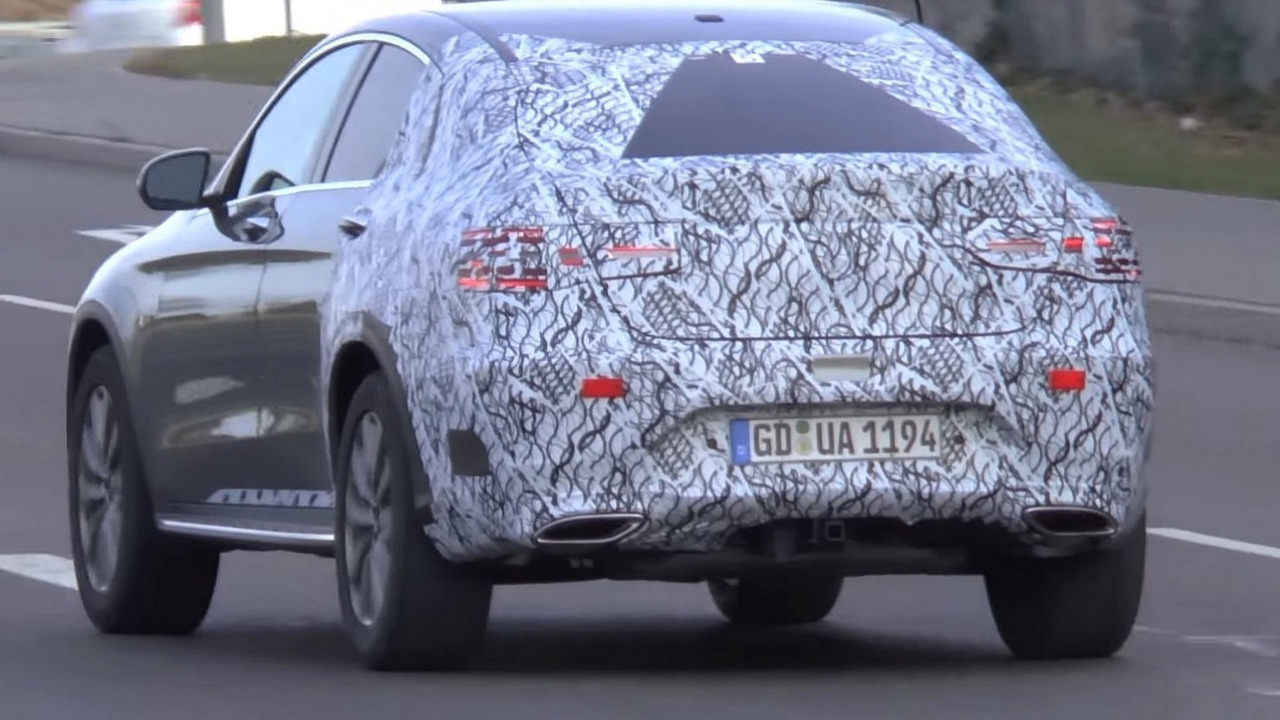 Daimler’s answer to the BMW X4 has been caught on camera performing testing rounds on the public roads of Germany.

Mercedes is playing the catch-up game with its GLC Coupe set to go up against the X4 in the controversial crossover coupe niche which is becoming a thing, for some reason. Seen here is a near-production prototype with disguise only on the rear half as that’s what will set it apart from the regular GLC. It will lose some of the standard model’s practicality as it will have less rear headroom and a smaller trunk, all for the sake of a sloped roofline. This will give it a pseudo coupe silhouette that some people like.

Other than that, it will be virtually the same as the standard GLC, itself a successor of the old GLK. It will use the same MRA platform sourced from the C-Class, so expect an assortment of four- and six-cylinder engines. There’s also going to be a more frugal plug-in hybrid version that was spotted stretching out in the same area almost a month ago. While the GLK never received the full-on AMG treatment, the GLC and the GLC Coupe will get this range-topping edition with a twin-turbo V8 4.0-liter.

The regular GLC has already been confirmed to spawn a hydrogen variant in 2017, but it’s not known at this point whether the GLC Coupe will also be offered as an F-CELL model.

Mercedes will stage the world premiere of the GLC Coupe in 2016, quite possibly in March during the New York Auto Show.