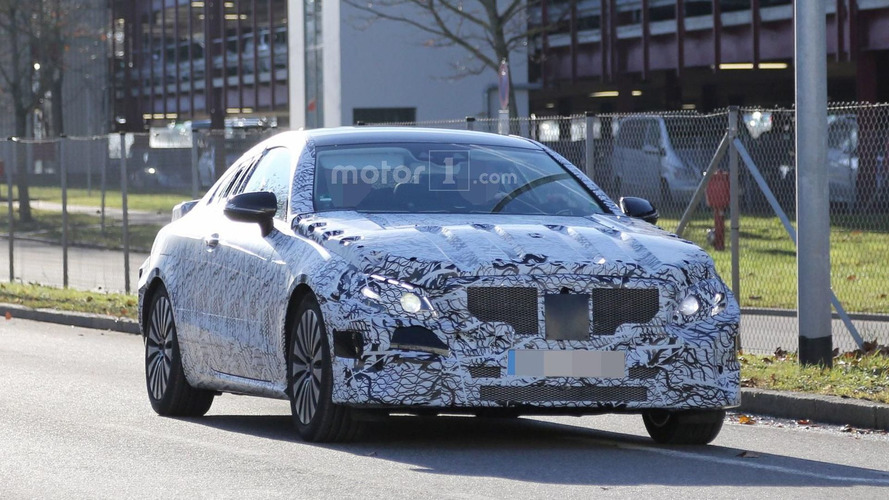 The Mercedes E-Class Coupe has been spied undergoing testing in Germany.

The Mercedes E-Class Coupe has been spied undergoing testing in Germany.

Dressed in heavy camouflage, the model follows in the footsteps of the C- and S-Class Coupes and features door-mounted mirrors, a rakish windscreen, and flowing bodywork.  Details are hard to make out but we can see the car will have a prominent grille, sweptback headlights, and a stylish roofline.  Out back, the model has wraparound taillights, an angled trunk, and a heavily disguised rear bumper.

The interior will likely echo the sedan so expect to see a digital instrument cluster, a wide infotainment display and high-end materials.  Customers can also look forward to a more accommodating cabin with additional rear seat legroom and a larger trunk.

Engine options remain unconfirmed but we can expect to see an assortment of new engines.  Nothing is official but choices are rumored to include a four-cylinder diesel that produces approximately 180 hp (134 kW).  There should also be an assortment of inline six-cylinder petrol and diesel options.

Despite being larger than its predecessor, the E-Class Coupe could be lighter as it will ride on the company's MRA platform.  The sedan is expected to lose 154 - 330 lbs (70 - 150 kg) so expect some of the weight saving to carryover.

The E-Class Coupe is expected to be launched either late next year or in early 2017.