BMW M5 Mi5Sion by Hamann stands out in London 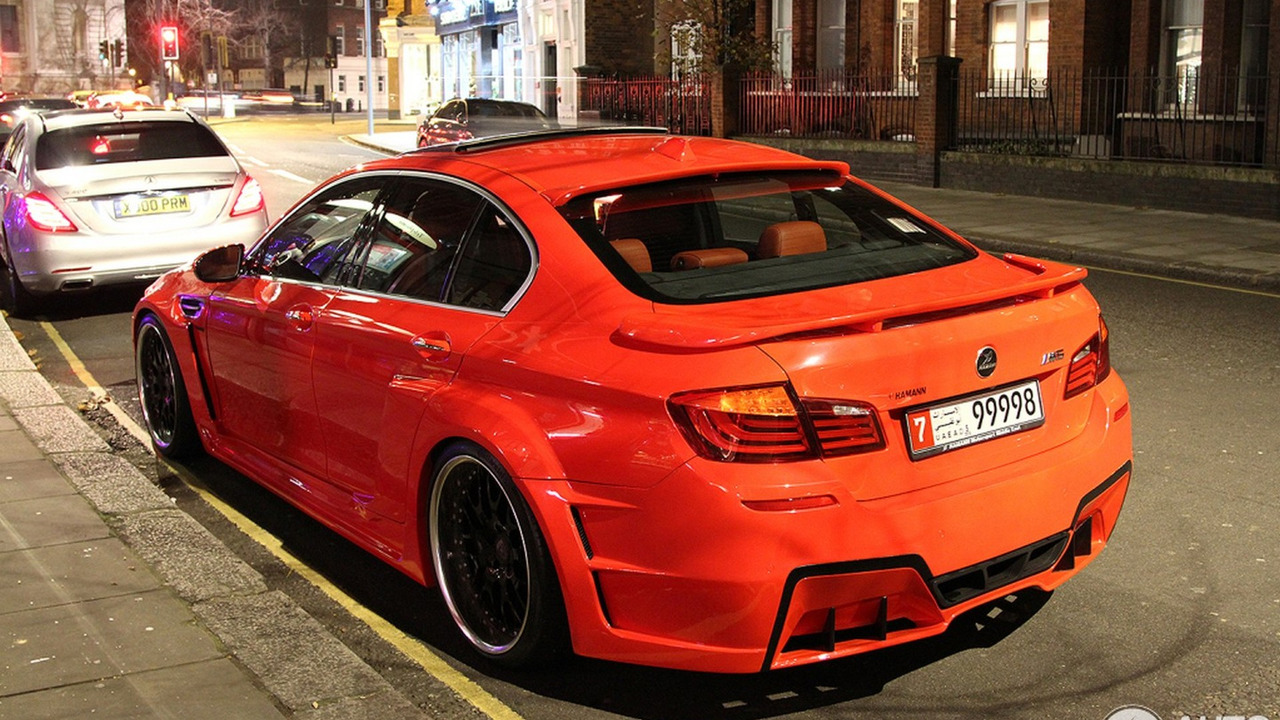 A BMW M5 fitted with Hamann’s Mi5Sion kit has been spotted in London by Autogespot.nl user MercedesFreak.

A BMW M5 fitted with Hamann’s Mi5Sion kit has been spotted in London by Autogespot.nl user MercedesFreak.

UK’s capital is like a car show in motion as over there you can check out in person just about every high-end car you can imagine. That being said, there are still a few cars which stand out from the crowd, not necessarily in a good way. Case in point, this BMW M5 F10 by Hamann wearing Abu Dhabi plates is not exactly a handsome mid-size sedan as the numerous add-on body parts make it look quite tacky. To be fair, the configuration of the headlights isn’t half bad in our humble opinion.

However, everything else makes this M5 seem overly busy, especially at the back where there are now three exhaust tips mounted in the middle and flanked by double fins. The rear wing on the trunk and the beefier fenders don’t help either, while the odd kidney grille and the pointed LED DLRs in the front bumper aren’t exactly appealing.

All in all, it looks like a tuning job that Mansory would do. The kit came out more than two years ago and at that point Hamann said they would make 10 units, each priced at $235,000.

Gallery: BMW M5 Mi5Sion by Hamann stands out in London