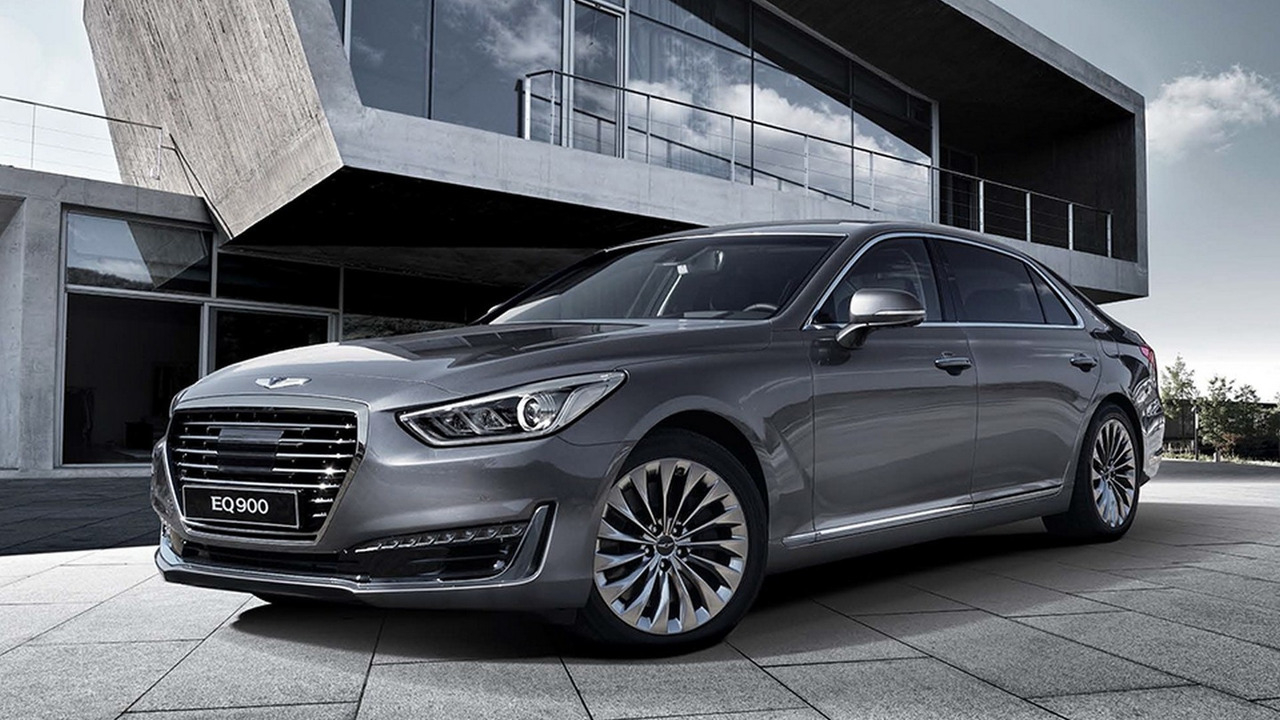 This is it. Hyundai’s first ever true luxury model has made its online debut as the Genesis G90 (EQ900 in South Korea).

This is it. Hyundai’s first ever true luxury model has made its online debut as the Genesis G90 (EQ900 in South Korea).

Hyundai is ready to retire the Equus and replace it with its new G90 that serves as a flagship model part of the newly founded Genesis luxury sub-brand. It does look significantly more upscale on the outside than its predecessor thanks to an elongated hood and a prominent hexagonal grille featuring a chrome finish. Those multi-spoke wheels add a bit of style, while the vertically positioned taillights flowing down the rear end are also a nice touch. Lots of exterior metallic accents contribute to the premium feel and that sense of a more upmarket car continues on the inside.

There aren’t a lot of photos showing the cabin at this point, but from what we can see, Genesis will offer the G90 / EQ900 with a chocolate leather upholstery, lots of wood trim, and a rear-seat entertainment system with 9.2-inch tablets. The center console goes from the front all the way to the back where the rear passengers control the electrically-operated seats and numerous other functions. More importantly, there’s substantially more rear legroom as the wheelbase has been stretched by 4.5 inches (115 mm) to 124.4 inches (3160 mm).

Going through the South Korean press release (using Google Translate), we managed to find out the G90 will get a Lexicon sound system, 12.3-inch infotainment screen, wireless charging, and a three-zone “smart” climate control system. Genesis says NVH levels are down compared to the Equus and the car comes with triple door seals, double glass insulation and other tweaks to ensure a comfortable and quiet ride.

Sales of the KDM-spec Genesis EQ900 will kick off in the first half of 2016, with the international G90 arriving in the second half of the year.

Note: We will do a follow-up story once we get a hold of a press release we can actually understand.