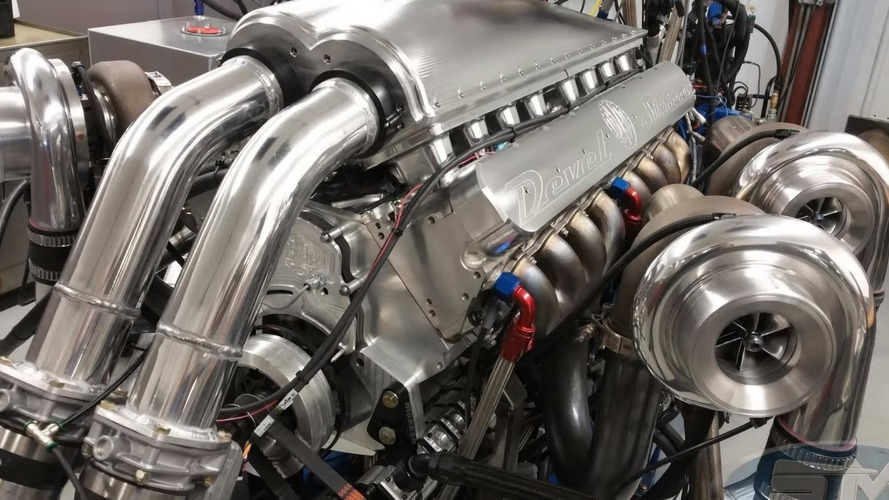 When a company called “Defining Extreme Vehicles Car Industry L.L.C.” comes out with a car, it’s hard to take it seriously. Especially if the car in question is the “Devel Sixteen” powered by a huge V16 engine with a 12.3-liter displacement and no less than four 81-mm turbochargers. The vehicle was unveiled at the 2013 Dubai Motor Show looking like some sort of a Lamborghini Egoista and Veneno mashup. Now, there’s video proof the engine actually exists.

The engine itself is very impressive, but actually implementing it on a production car is not that easy to accomplish given the astronomical power figures. The video doesn’t say anything about the car, so there’s no word about when it will actually be available. Last time we heard, it had a starting price of $1 million, but that was two years ago.