2017 Buick Envision gets detailed ahead of U.S. launch 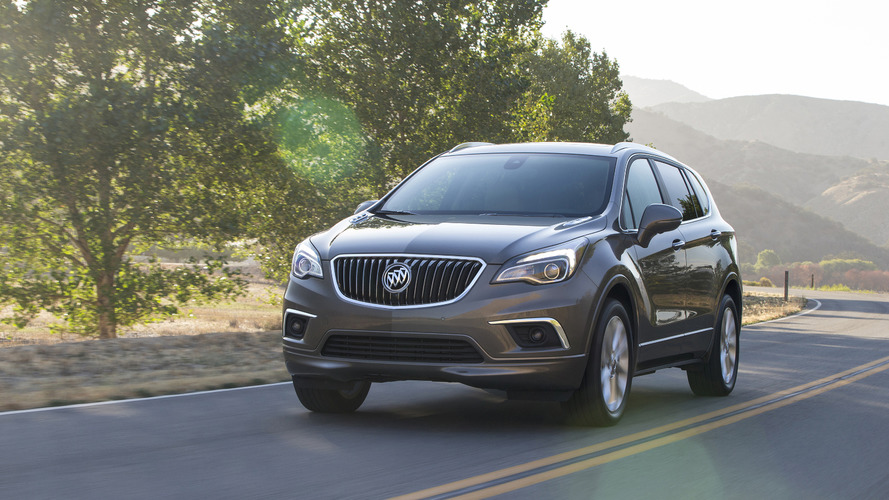 Buick has released new details about the US-spec Envision.

Set to go on sale next summer, the model will slot between the Encore and Enclave and compete with the Acura RDX, Audi Q5, and Lincoln MKC.

The crossover's styling is virtually identical to the Chinese variant which isn't surprising considering the model will be built in Yantai, China.  This has provoked some scorn but the Envision boasts an active shutter grille, an aluminum hood, and LED daytime running lights.  The crossover also has 19-inch aluminum wheels and a power liftgate with a hands-free function.

The 4047 pound (1835 kg) crossover will be powered by a turbocharged 2.0-liter four-cylinder engine that develops an estimated 252 bhp (186 kW) and 260 lb-ft (353 Nm) of torque.  It will be connected to a six-speed automatic transmission and a standard twin-clutch all-wheel drive system.

Speaking of performance, the Envision has a HiPer Strut front suspension and a four-link independent rear suspension. The model also features a traction control system and a power steering system with cross-wind stabilization and road-shake stabilization.

On the safety front, buyers will find Lane Keep Assist and a Safety Alert Seat. Customers will also be able to order Automatic Park Assist and a 360-degree Surround Vision camera system.

Pricing will be announced closer to launch but Buick GMC U.S. Vice President Duncan Aldred has previously said the Envision will be priced competitively with the Acura RDX which starts at $35,270.