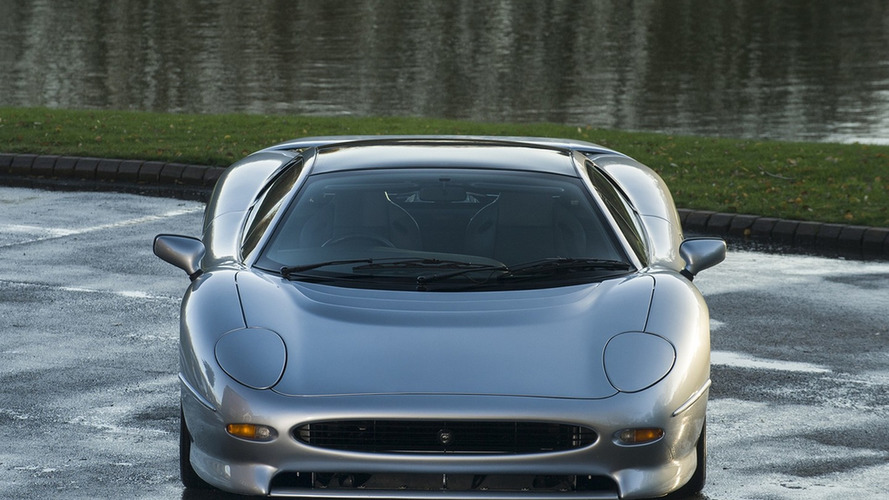 Tom Hartley Jnr currently has on sale a rather lovely 1993 Jaguar XJ220 that appears to be in pristine condition.

Tom Hartley Jnr currently has on sale a rather lovely 1993 Jaguar XJ220 that appears to be in pristine condition.

Built between 1992 and 1994, the XJ220 was the result of a partnership between Jaguar and Tom Walkinshaw Racing. Only 275 units were ever made and just 69 cars came with a right-hand drive layout like this one. It’s actually one of the last cars built judging by that key chain engraved with “No 261.” This particular model is not entirely standard as it has received an upgraded braking system from XJ220 specialists Don Law.

It had only three owners and was driven over the years for just 6,027 miles (9,700 km), so it’s no wonder it looks as if it’s brand new. The last time it was serviced it received a new fuel tank, fuel hose kit, fuel pumps, ignition system, and the necessary maintenance for the suspension, steering, and brakes.

The Jaguar XJ220 you see here has the “220740” chassis number and combines a “Spa Silver” exterior with a grey leather interior. It costs £325,000 and comes with a complete service history and the original tool kit.

Why is this car so special? Because when it came out back in 1992 it was the quickest production car after hitting 217 mph (349 km/h). It looks futuristic even by today’s standards and has a 3.5-liter V6 twin-turbo engine supplied by Tom Walkinshaw Racing. The motor is actually derived from the one used in the MG Metro 6R4 rally car.

The concept that previewed the production car had TWR’s V12 motor, but Jaguar decided to use the V6 instead as it was lighter, more compact and way more economical. The engine change also came with a switch from the concept’s AWD setup to a rear-wheel drive arrangement for the production model.

You can check out the listing at the source link below.