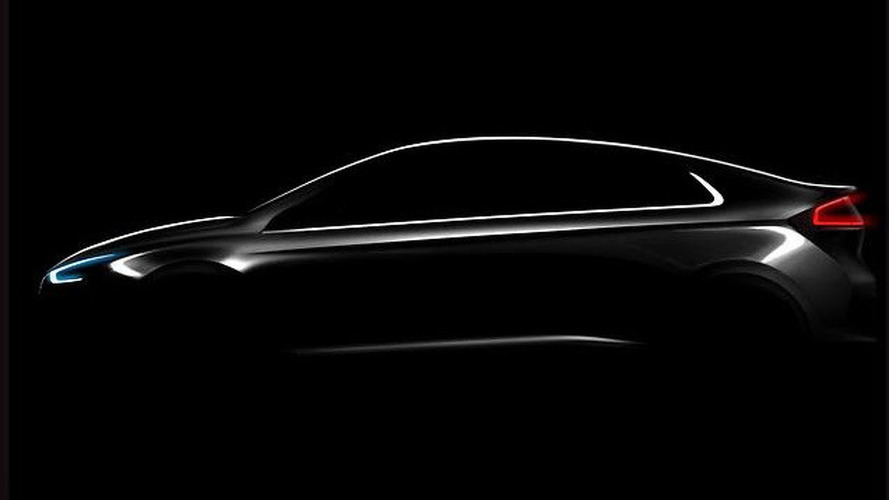 Hyundai has released the first teaser image of its upcoming IONIQ hybrid vehicle.

Hyundai has released the first teaser image of its upcoming IONIQ hybrid vehicle.

Following months of speculations and spy photos, Hyundai is just about ready to reveal its first dedicated hybrid model. It will be called IONIQ and will be introduced in its homeland in January next year with European and North American debuts scheduled for Geneva and New York auto shows, respectively.

Hyundai is keeping the details secret, but the teaser image is showing the car will take the shape of a large five-door hatchback that somehow reminds us of the Opel Ampera/Chevrolet Volt duo. Still, it has sleeker body lines and what appear to be LED headlights and taillights.

The vehicle will be based on a brand new platform, created specifically for the multi-powertrain options. In its fully-electric (EV) form, the IONIQ will be powered by a high capacity, ultra-efficient lithium ion battery, while the plug-in hybrid (PHEV) version will combine the fuel-efficient energy with battery power. Last but not least, the hybrid (HEV) will use a gasoline engine and the motion of the car to charge the on-board battery.

Explaining the name of the hybrid, the automaker says “an ion is an electrically-charged atom, linking to the car’s clever combination of electrified powertrains”, the second part of the name references “the unique offering it brings to the Hyundai range”, while the Q is “acknowledging the fresh new approach of this advanced, low-emission model.”