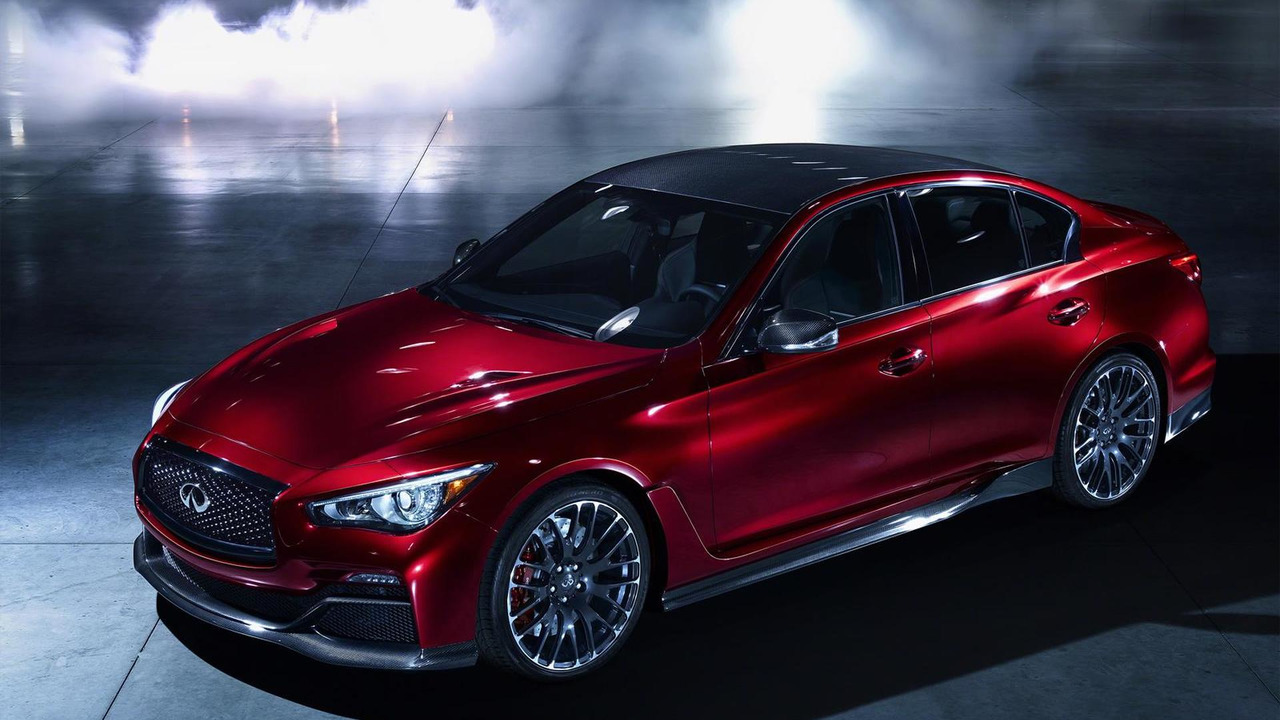 It has been a roller coaster ride for the Q50 Eau Rouge, but Infiniti now says the concept could still morph into a production car.

It has been a roller coaster ride for the Q50 Eau Rouge, but Infiniti now says the concept could still morph into a production car.

Company boss, Roland Kruger, has revealed the appealing concept from early 2014 has not been dropped entirely as the vehicle could still hit the assembly line in the future. He mentioned that a premium brand like Infiniti must have a halo model and the Eau Rouge is capable of achieving this status to “symbolize power and performance.”

However, even if the model will get the company’s stamp of approval it won’t be out soon as Infiniti is now focusing on the Q30 & QX30 duo and also on next year’s Q60. The latter will be “very special” according to Kruger and he said it’s bound to get a beefy twin-turbo 3.0-liter engine that will also find its way inside the Q50 sedan. He described the motor as a first step in a “grade walk” the brand must take in the next few years.

This means the Q50 Eau Rouge is not exactly a priority right now, so it won’t be out in the foreseeable future. That’s too bad as the model had great appeal with its twin-turbo V6 3.8-liter engine sourced from the Nissan GT-R and an aggressive design to match its strong heart. The reason why the model did not make it to the assembly line in the first place is because Infiniti considered it wouldn’t be a profitable business case. In other words, the company was afraid sales numbers would not have been good enough to justify the development costs.