A Jeep Cherokee was also used for this difficult off-road recovery.

These days, attention is focused on the GMC Hummer EV and its crazy-fast acceleration. Step back a few decades, however, and you have the Hummer H1. It was a military machine long before making its way into the civilian world, and it’s still revered as a hardcore off-roader of epic proportions. That is, unless it breaks down.

That’s exactly what happened to the H1 featured in this recent clip from Matt’s Off Road Recovery. The Utah-based 4x4 rescue specialists got a call about a HumVee stranded in a ravine while crawling through some rocky terrain. It didn’t get stuck, nor did the driver attempt some kind of ridiculous jump. The H1 is used by a local company for off-road tours, and while creeping down a rock ledge, the driver heard a snap. Once at the bottom, the engine was running but the wheels weren’t turning. Not good. 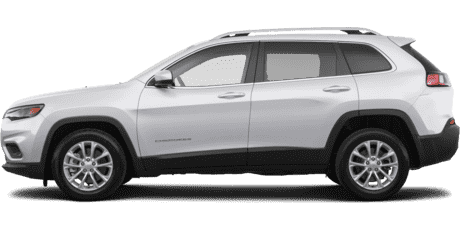 save over $3,400 on average off MSRP* on a new Jeep Cherokee

As such, two tow vehicles are called into service. We’ve seen the custom Chevrolet Corvair wagon before; it was converted some time ago into an exceptionally capable off-roader. A modified Jeep Cherokee is also on hand, and it takes both to get the Hummer rolling. And it’s not as if there’s a road nearby for an easy tow – the team literally needs to pull the 8,100-pound H1 over various rock ledges while avoiding obstacles.

Things are going well until the Hummer is pulled into a ledge instead of over it, knocking the passenger front tire off the bead. That added a few more hours to the recovery, as none of the vehicles on-site had a jack or an air compressor.

From there, the Corvair takes over solo towing duty for at least some of the slow-speed rock crawling out of the wilderness, but the biggest challenge isn’t actually the rocks. Large sand hills stand between the stricken H1 and freedom, and it's decided to load the Hummer onto a trailer for the rest of the trip out. A two-wheel-drive Dodge Ram pickup was pulling the trailer, meaning there were ultimately three vehicles trying to rescue this old H1. The mission was a success but it certainly wasn’t easy.

Feeling some nostalgia for more 1990s vehicles? Check out the Rambling About Cars podcast dedicated to all things '80s and '90s in the Radwood scene.