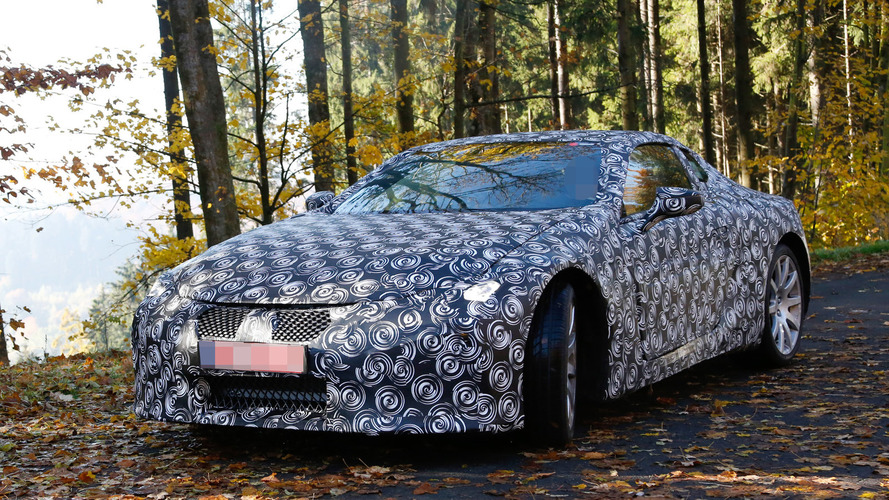 A new report points towards a January reveal in Detroit for the production version of the Lexus LF-LC concept.

A new report points towards a January reveal in Detroit for the production version of the Lexus LF-LC concept.

It was early 2012 when Lexus showed us the rather beautiful LF-LC concept and recent spy photos indicate a production version is just around the corner. It will actually happen in about a month as we hear the “LC” will be exhibited in Detroit during 2016 NAIAS.

The road-going version of the 2+2 high-performance coupe will be available upon launch in two flavors: LC 500 and LC 500h. The first one will employ the familiar V8 5.0-liter naturally aspirated engine with 477 PS (351 kW) and 530 Nm (391 lb-ft) sent to the road via a 10-speed automatic transmission developed by Aisin.

Further down the line, there’s going to be a range-topping LC F believed to receive a new V8 4.0-liter engine equipped with twin electric turbochargers enabling an estimated power of 612 PS (450 kW). This one will have to wait though as the report indicates it will likely come out sometime in 2018.