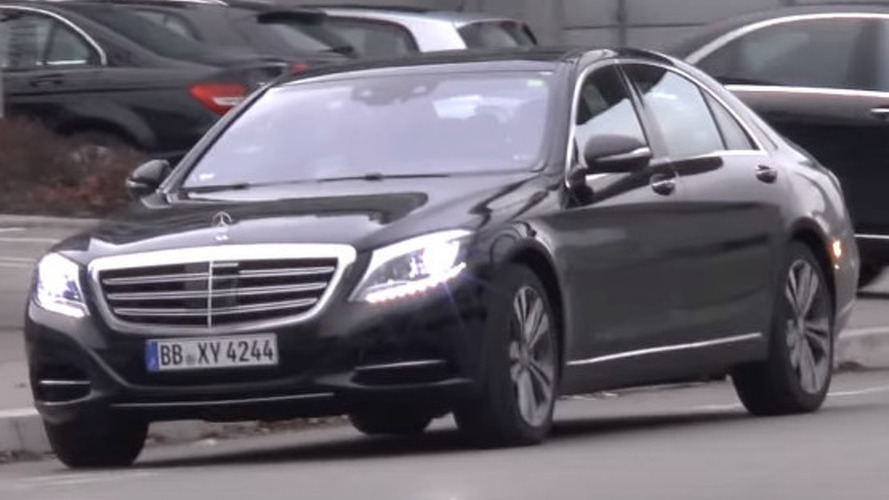 Mercedes-Benz has started testing the refreshed S-Class and several prototype have been filmed testing without any camouflage.

Mercedes-Benz has started testing the refreshed S-Class and several prototypes have been filmed testing without any camouflage.

This is actually the first time the German manufacturer is taking out its flagship model for some preliminary tests and we spotted only some minor visual tweaks. Maybe Mercedes is still using some kind of mules, because the only notable changes are limited to the front end, where we find revised headlight graphics with new LED daytime running lights.

The S-Class was revealed two and a half years ago and soon it will be ready for a mid-life facelift to stay competitive. The sedan already has a rich engine lineup that includes petrol, diesel, and hybrid powertrains, so we don’t expect new units to be introduced. Most likely the core motors will get improved power figures and better fuel economy.

Probably Mercedes will focus on the interior, where some changes to the infotainment system will be applied. You can also expect new upholsteries and additional decorative accents.

It’s too early to talk about when the car will be revealed, but don’t expect this to happen before the second half of next year. The 2016 Paris Motor Show sounds like a good possibility, but nothing can be confirmed for the time being.

Gallery: Mercedes S-Class facelift spied for the first time with no camo [video]