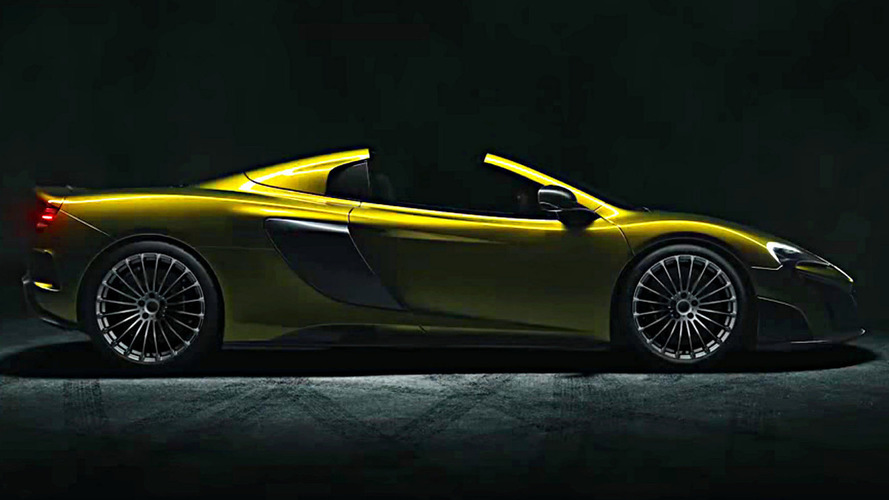 The first purported pictures of the McLaren 675 RS Spider have surfaced online.

The first purported pictures of the McLaren 675 RS have surfaced online.

Essentially a convertible variant of the 675 LT, the pictures show the high-performance roadster will feature a new front spoiler, aggressive side skirts, and lightweight alloy wheels.  The car also has a new rear fascia with a sportier dual exhaust system.

Specifications remain unconfirmed but the model will likely follow in the footsteps of the coupe and adopt stiffer springs, a revised electronic stability control system as well as a recalibrated seven-speed SSG transmission. The model should also be significantly lighter than the 650S Spider as the 675 LT weighs 100 kg (220 lbs) less than the 650S Coupe.

The McLaren 675 RS Spider is expected to be unveiled early next year at the Geneva Motor Show.