It could arrive with a V6 or a four-cylinder engine.

Audi is readying a redesigned Q5 crossover, and the revamp will include the SQ5 trim. New spy photos capture the sportier example out testing for the first time, and the company can’t hide the model’s actual performance nature.

Audi covers the revamped crossover underneath a full-body camouflage wrap. This hides the model’s design details, but no amount of camouflage could hide the quad exhaust pipes sticking out the rear. The crossover also appears to wear bigger brakes.

The fresh photos capture a glimpse of the SQ5’s interior, but Audi is smart to cover it up. The Q5’s interior should resemble that of the new Audi A4, with a screen in front of the driver and another on the dash for the infotainment functions. Audi’s popular crossover should arrive with all the latest technologies and features.

The SQ5 doesn’t look that different from the previous prototypes we have spotted. The new crossover should arrive with a single-frame grille flanked by air curtains and narrower headlights. A wide lower bumper opening spans across the bottom of its face. The rear features stand-in taillight units.

Regardless of the powertrain that Audi opts to propel the redesigned SQ5, the engine should produce between 350-370 horsepower (260-275 kilowatts). It’s unclear if Audi will keep a V6 under its hood or opt to downsize to a four-cylinder engine option. It’s possible that Audi could pair the chosen powertrain with a mild-hybrid setup for extra efficiency and power.

We don’t have any specific details about the rest of the crossover’s powertrain lineup yet, but we expect Audi to offer a variety of gasoline and diesel engines, with electrification likely being a vital component. The Q5 should arrive in a plug-in hybrid configuration, and an all-electric Q5 E-Tron is also coming.

Audi hasn’t announced when the new Q5 and the hotter SQ5 could debut, but we don’t expect the sportier variant to break cover until around 2024. The regular Q5 and its variants should debut and go on sale ahead of the SQ5. The new Q5 should arrive at dealers for the 2024 model year. 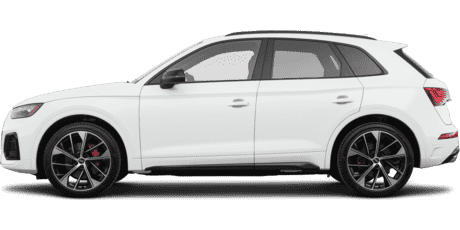