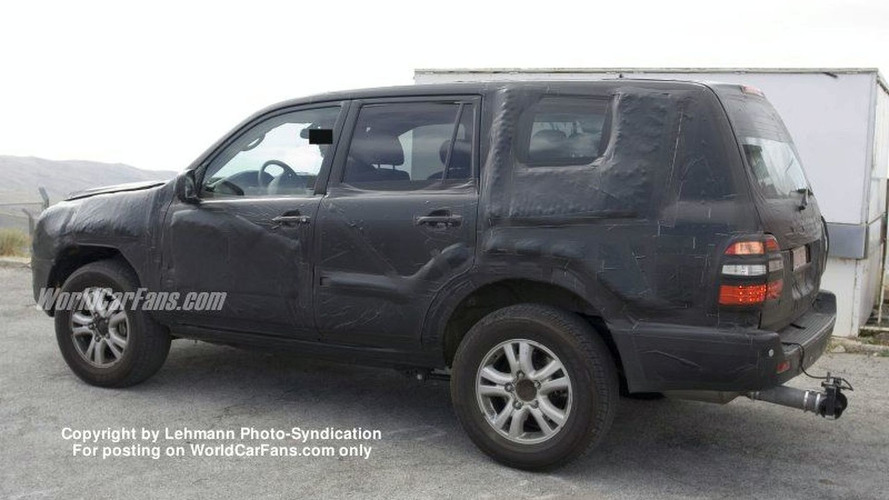 Here now are photos showing a prototype of the next generation Landcruiser/Lexus, which will be an all new car.

Toyota’s top of the line model

Toyota’s top of the line model, the big off roader Landcruiser underwent a minor facelift in 2005. Here now are photos showing a prototype of the next generation Landcruiser/Lexus, which will be an all new car.

Caught during secret testing in southern Europe, the crew of engineers from Japan and Belgium had along with the prototype the current Landcruiser as well as a Mercedes ML for comparison.

As can be seen despite the burly disguise, the next Landcruiser gets a rounder styling than the current rather square model. Engines are expected to range again from a V6 diesel to a V8 petrol power plant.

The shot of the dashboard shows a very large screen for the navigation system and rear view camera. The styling of the passengers compartment looks like it will become even more luxurious than now including more wood paneling and chrome.

The new Landcruiser should be ready for release some time in 2007.