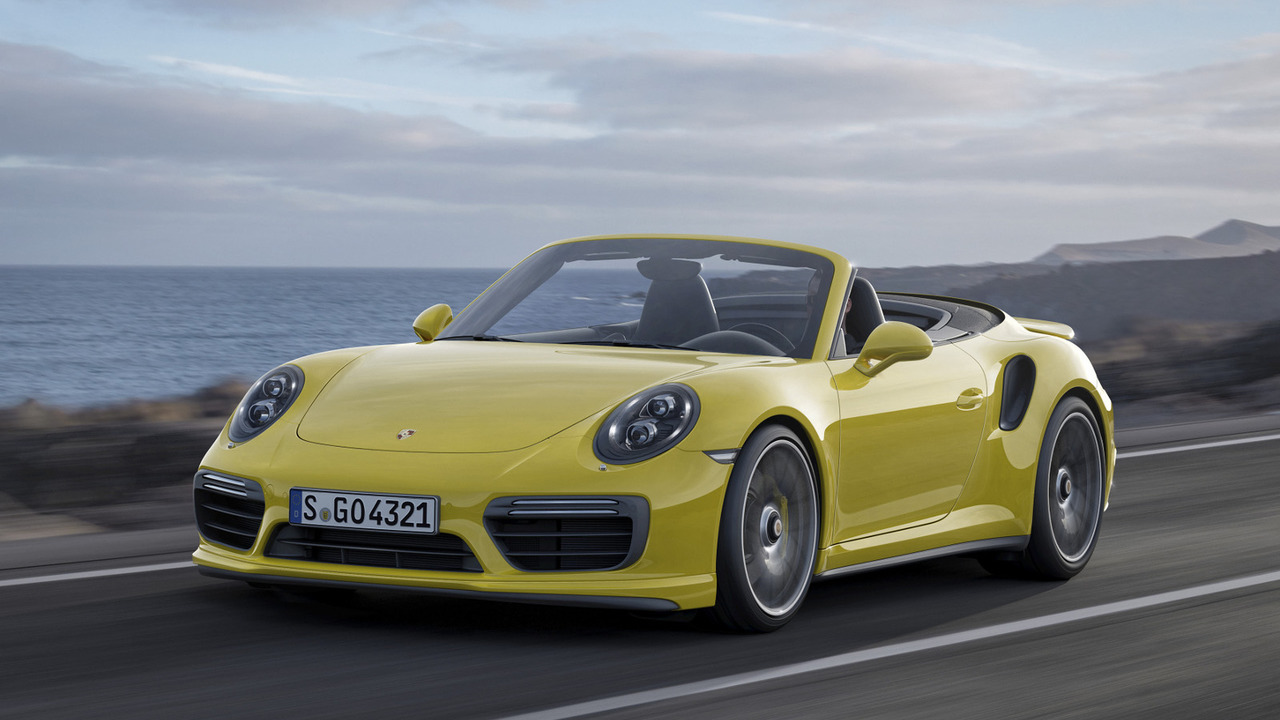 Porsche has unveiled the facelifted 911 Turbo and 911 Turbo S ahead of the North American International Auto Show.

Porsche has unveiled the facelifted 911 Turbo and 911 Turbo S ahead of the North American International Auto Show.

The interior largely carries over but designers add a new sport steering wheel with a rotary mode selector that has Normal, Sport, Sport Plus, and Individual settings.  Drivers will also find an upgraded Porsche Communication Management system and a standard Bose audio system.

The cars feature a standard Sport Chrono Package that includes a new Sport Response button that "preconditions the engine and gearbox for the best possible responsiveness at the push of a button."  When pushed, the button provides "optimal acceleration" for up to 20 seconds.

Speaking of performance, there's a new PSM Sport Mode button that alters the intervention threshold of the Porsche Stability Management system.  Porsche says the mode enables drivers to approach the car's limits even more closely than before.

Despite being faster and more powerful, Porsche was able to reduce the fuel consumption of all variants by 0.6 L/100km. Porsche credits this to a revised engine management system and an upgraded transmission with new gear change mappings.

The Porsche 911 Turbo family will go on sale in Germany in late January and pricing starts at €174,669.