Our spies have sent us the very first batch of images depicting Kia’s upcoming Optima Sportswagon (SW) confirmed for a 2016 release.

Our spies have sent us the very first batch of images depicting Kia’s upcoming Optima Sportswagon (SW) confirmed for a 2016 release.

Now in its fourth generation, the all-new Optima mid-size sedan is about to receive a more practical wagon version for the first time in the model’s existence. We were expecting to see this, taking into account Kia revealed back in March the rather lovely SPORTSPACE concept at the Geneva Motor Show. A few months later, the South Korean marque confirmed the Optima will receive an SW version.

Now, the first images are in and show a massively disguised prototype hiding a design that will have much in common with the sedan. The mid-size wagon was being benchmarked against segment rivals such as the Volkswagen Passat Variant, Ford Mondeo Estate, Opel Insignia Sports Tourer, Hyundai i40 Estate, and the Mazda6 Estate.

Although it was wearing a lot of disguise, we know for sure the front half of the car will look virtually the same as the sedan. As for the rear half, we just hope it will take some cues from the aforementioned concept. The different shape of the back will enable the wagon to provide an increased trunk capacity compared to the sedan which offers 503 liters. Expect the Sportswagon to have at least 560-570 liters, which isn’t really all that great taking into account the Skoda Superb Combi has 660 liters available.

Kia will sell the Optima Sportswagon in a more appealing GT Line trim that will have a sportier design, while those in need of more punch will be able to get the full-blown GT model. That one will be powered by a four-cylinder 2.0-liter turbocharged gasoline engine with 245 PS (180 kW) and 353 Nm (260 lb-ft) as seen in the Optima Sedan GT.

Kia could decide to introduce the Optima Sportswagon as early as March 2016 at the Geneva Motor Show. If not, the model will probably debut in October at the Paris Motor Show and go on sale before the year’s end. 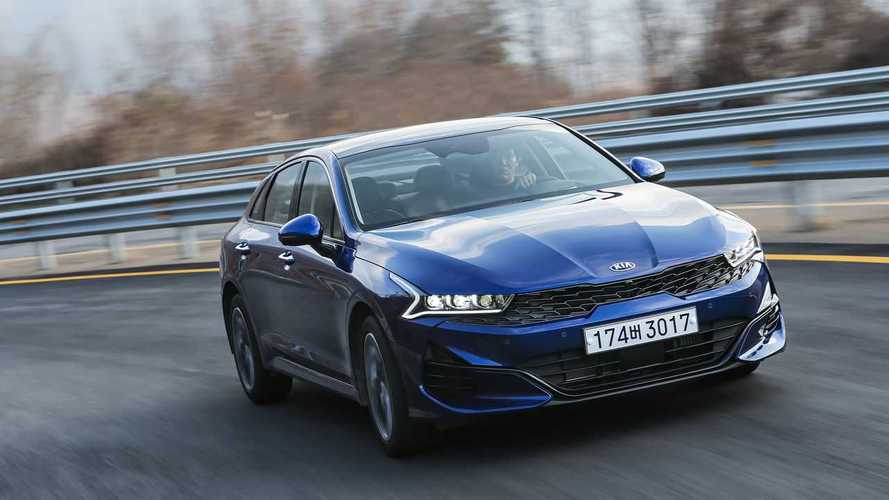