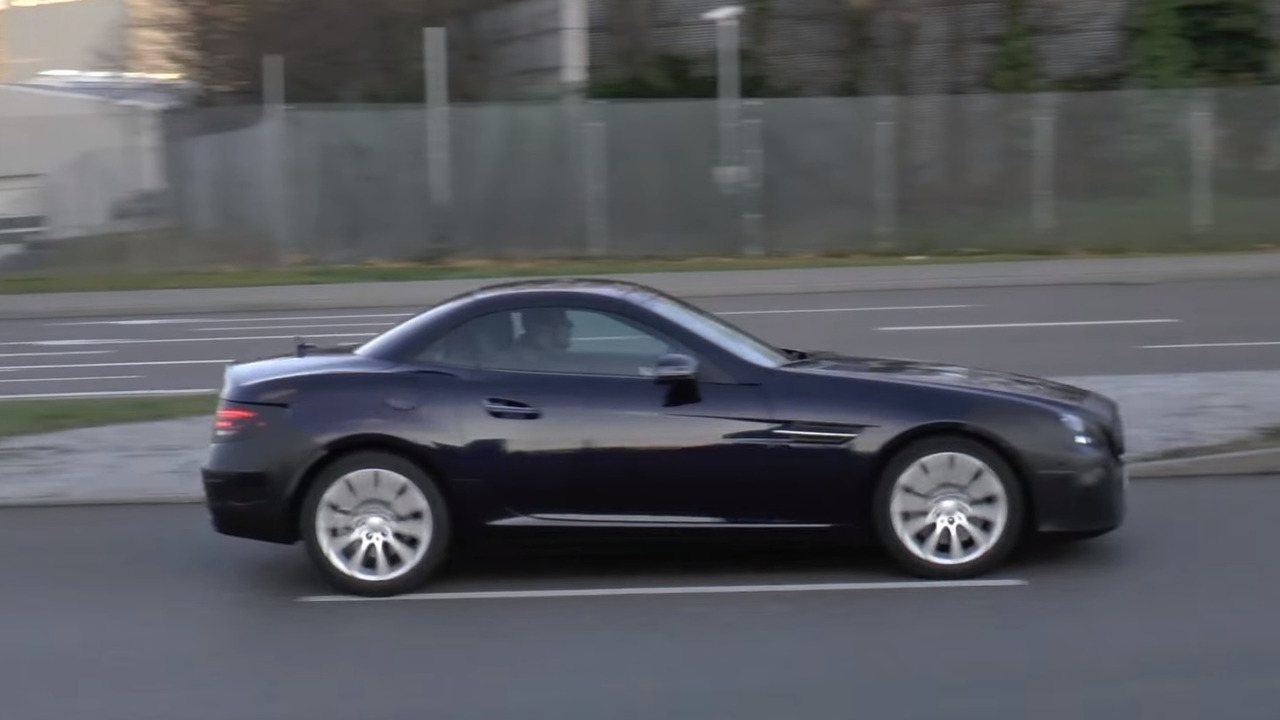 The facelifted Mercedes-Benz SLK set to be renamed “SLC” has been caught on camera once again on the public roads of Germany.

The facelifted Mercedes-Benz SLK set to be renamed “SLC” has been caught on camera once again on the public roads of Germany.

Mercedes-Benz is putting the finishing touches on its roadster as company officials have hinted the SLC will be introduced in January at the Detroit Motor Show. Seen here is a near-production prototype with very little disguise as the facelift will only bring some subtle tweaks to the bumpers and grille. A more important change will be the switch from bi-xenon to LED headlights which is why this car had some disguise on and around the front clusters. Some changes to the LED taillights graphics will also be implemented, but nothing significant.

A new member will join the SLC lineup as we know for sure Mercedes is cooking up a 450 AMG Sport version as seen in a batch of spy images we published a few months ago. That one will bridge the gap between the lesser versions and the fully-fledged AMG model and will do that thanks to a twin-turbo V6 3.0-liter engine. It will likely have the same 367 PS (270 kW) and 517 Nm (382 lb-ft) output as seen in the C450 AMG Sport.

Taking into account it will debut in January, hopefully Mercedes-Benz will show the SLC online next month.