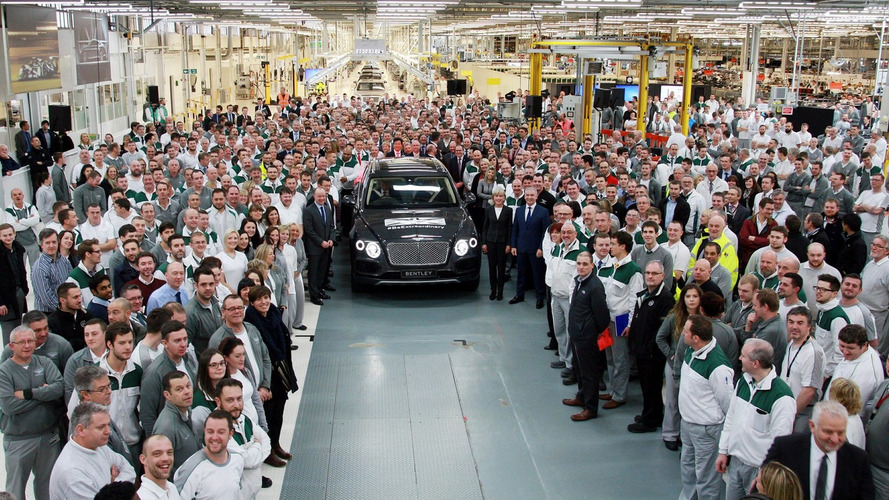 It’s an important day in Bentley’s history as the company has finished assembly of the very first production-spec Bentayga.

It’s an important day in Bentley’s history as the company has finished assembly of the very first production-spec Bentayga.

Developed over the course of four years, the Bentayga is Bentley’s first ever SUV and getting here required creating more than 1,500 jobs as part of a £840-million investment. It’s described as being a “sector-defining SUV” and will start reaching its rightful owners from January. In the following period, Bentley will be busy making the “First Edition” of which only 608 units will be assembled and one of the cars is heading to Buckingham Palace.

Joining Bentley’s Heritage Collection, the first unit produced at the Crewe factory has an Anthracite paint and was handcrafted over the course of 130 hours. During this period, the ultra-luxurious SUV passed through the new body and paint shops as well as through the new assembly line.

There are some rumors it could spawn a high-performance “coupe” version as early as next year with a sleeker design and more power, but we’ll have to wait for confirmation from Crewe.