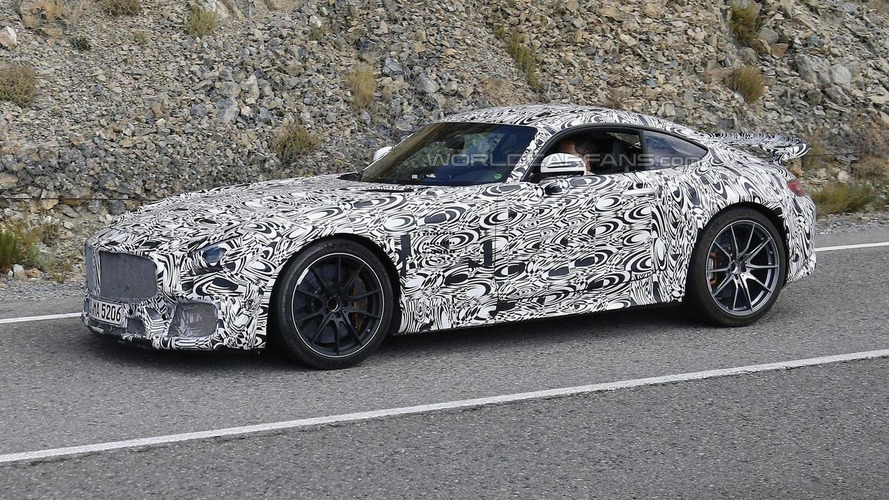 According to the latest report from sources within Affalterbach, the hardcore Mercedes-AMG GT will receive the “R” name and will be out late next year.

According to the latest report from sources within Affalterbach, the hardcore Mercedes-AMG GT will receive the “R” name and will be out late next year.

Given the partnership between Daimler and Nissan, the latter probably won’t have a problem with Mercedes-AMG’s decision to sell a “GT R”. It will be a more track-focused version of the GT S set to get more power from the twin-turbo V8 4.0-liter engine. AMG CEO Tobias Moers has already hinted the motor will be bumped to somewhere in the region of 550 PS (404 kW).

Aside from packing more horsepower, the AMG GT R will also lose some serious weight (80-100 kg) and will boast a more aggressive body that will have improved aerodynamics. Other ingredients on the menu include a stiffer suspension, bigger brakes, larger wheels, and a few changes inside the cabin to denote it’s a more hardcore derivative.

Details concerning the model’s performance are not available at this point, but a 0.2-second drop for the 0-62 mph (0-100 km/h) sprint to 3.4 seconds seems plausible.

Positioned above the GT S, the new R version won’t remain the range-topper forever as Mercedes-AMG has plans for a fully-fledged Black Series version that will likely come out around 2018.