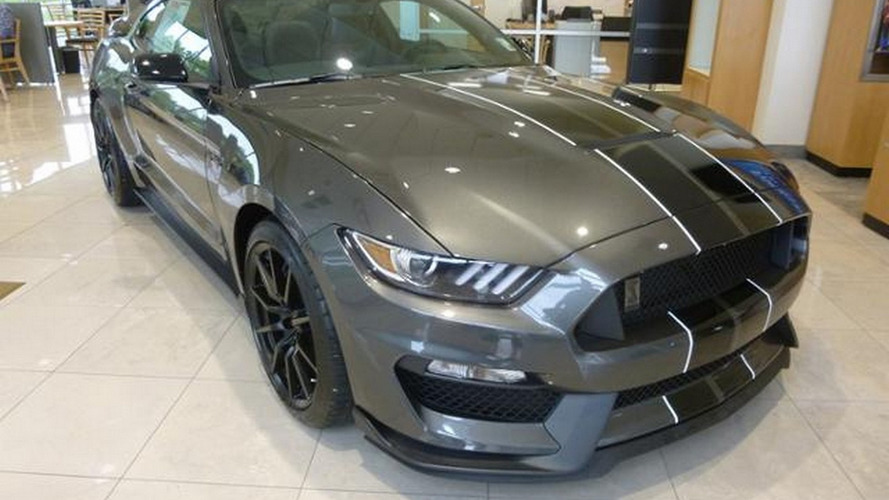 The attached image was posted by a Reddit user yesterday and seems the car in question belongs to All Star Ford from Denham Springs, LA. We managed to track down the vehicle on their website where it’s listed without the markup at $58,345 MSRP. However, due to “limited availability” the dealer has established a $20,000 market adjustment, so in reality the car costs a whopping $78,345. It makes it almost as expensive as the 2016 Chevrolet Corvette Z06 which kicks off at $79,400.

It should be mentioned this 2016 Mustang Shelby GT350 Coupe is not entirely stock as it comes with the optional Technology Package and the over-the-top racing stripes.

It will be interesting to see if there is an anxious buyer out there willing to pay such a huge markup to get his hands on the GT350 right away. Those with more patience will rather wait until availability of the model will increase and dealers won’t slap these ridiculous markups anymore.

This market adjustment is nothing compared to a BMW i8 sold by BMW Irvine in Orange County, California at the beginning of the year. The car had a standard price of $147,450 and in the end a buyer agreed to pay $247,450, including a huge markup of $100,000.