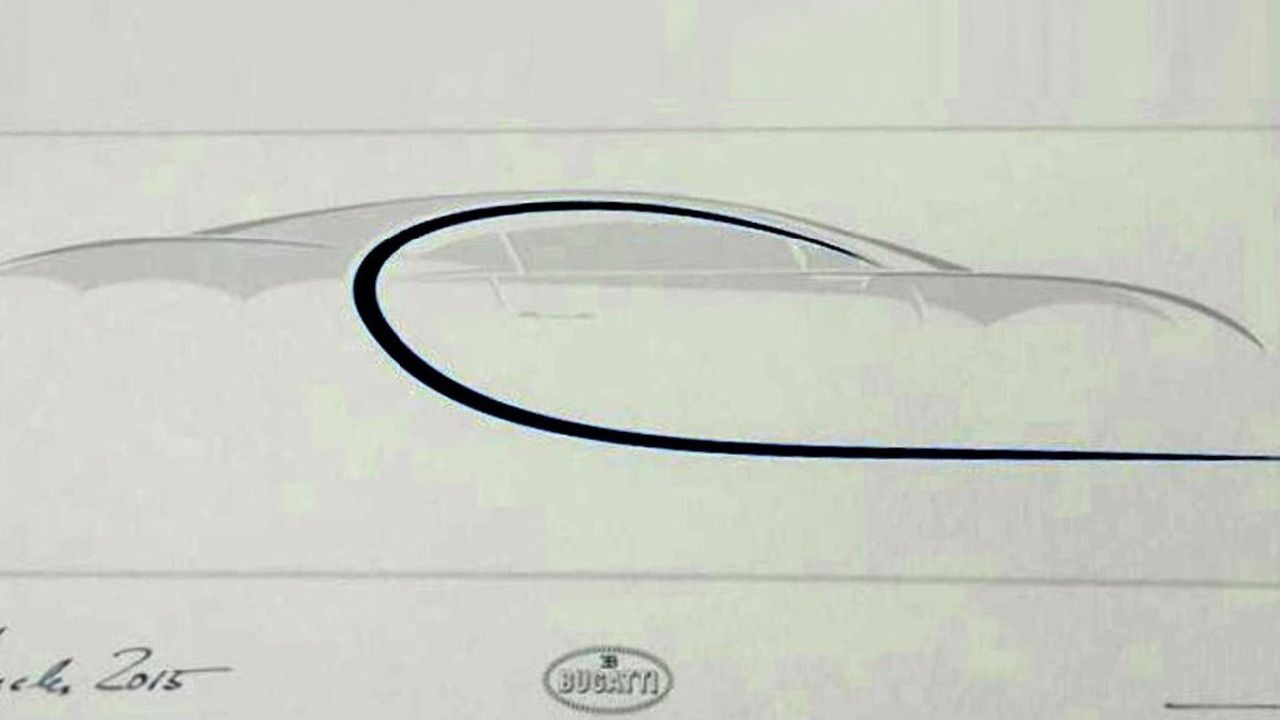 Bugatti has reportedly shared the first teaser image of the Chiron to its prospective customers.

Bugatti has reportedly shared the first teaser image of the Chiron to prospective customers.

What we’ve got here is a design sketch of the upcoming Bugatti Veyron successor that will likely be called the Chiron. The company has already revealed the model in several private events for potential buyers. They have also received this image as a teaser to what we will see during the 2016 Geneva Motor Show.

The teaser doesn’t show much but we see a familiar body shape with the so-called “horse-shoe” design. It is believed the Chiron will be heavily influenced by the Vision Gran Turismo concept and the image is giving us one more reason to believe in this.

The French company is working on even more impressive figures, such as the 0-300 km/h (0-186 mph) sprint that should take around 15 seconds and the maximum speed that should reach the enormous 500 km/h (311 mph) mark.