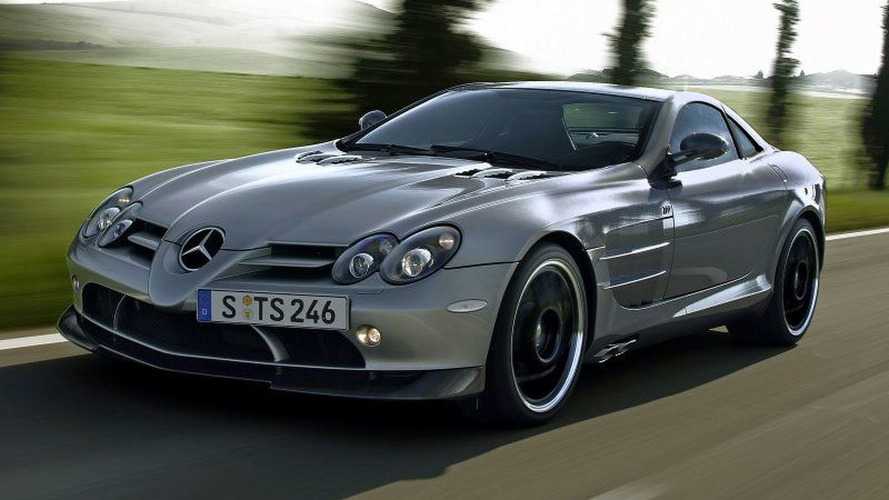 German media is reporting Mercedes-AMG has set its sights on introducing a successor for the SLR around 2018.

German media is reporting Mercedes-AMG has set its sights on introducing a successor for the SLR around 2018.

According to Auto Bild, Daimler’s performance division is currently contemplating whether the engine should sit in the front like in the last SLR or make the switch to a mid-engined layout. The coupe will be the first to see the light of day and then followed by a roadster and the flagship Black Series model.

The report goes on to specify that if it will be front-engined, the SLR will come with a turbocharged V6 engine working with an electric motor to deliver a combined output of 650 PS (478 kW). It would also have active aerodynamic body parts and a “new door concept." If this one will get the stamp of approval, the plan is to make 3,000 cars per year at €250,000 - 300,000 a pop.

The other scenario depicts a mid-engined SLR making extensive use of carbon fiber and powered by a turbo V8 teamed up with dual electric motors generating a total of 1,050 PS (772 kW). This one would represent a rival for the McLaren P1, LaFerrari, and Porsche 918 Spyder trio. If this will be green-lighted, it’ll be limited to 500 - 750 units and carry an estimated starting price of more than €1 million.