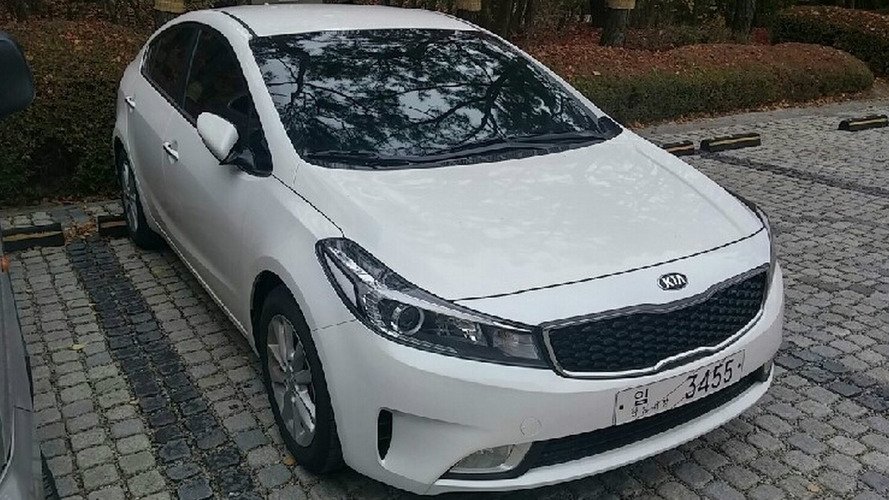 An undisguised prototype of the Kia K3 has been caught on camera somewhere in South Korea.

An undisguised prototype of the Kia K3 has been caught on camera somewhere in South Korea.

As you can see, the design tweaks are quite subtle as we only notice minor revisions of the front and rear bumpers along with different graphics for the lighting clusters. The front grille has been reshaped a little bit as it now has more rounded extremities, while the side profile appears to be virtually the same as on the current K3.

This near-production prototype had the familiar 1.6-liter turbodiesel engine with 136 PS (100 kW) and 300 Nm (221 lb-ft) of torque sent to the front axle through the optional 7-speed dual clutch automatic transmission. Chances are the Forte Sedan US Spec will receive a 1.4-liter turbocharged gasoline engine taken from the new Elantra US Spec where it has 128 PS (94 kW) and 211 Nm (156 lb-ft) linked to the same ‘box.

Essentially a sedan version of the cee’d, the K3 KDM Spec will likely be revealed before the end of the year and will be followed early 2016 by its North American counterpart. The model has a European correspondent in the shape of the Cerato, but it’s only sold in Russia where assembly takes place.

Special thanks go to Darius for sending us the tip. More pics can be found at the source links below.